The multinational pilot training centre at Luke AFB in Arizona has grown exponentially since receiving its first Lockheed Martin F-35 in March 2014, and that pace won’t let up in 2016 as the 56th Fighter Wing zips past 3,000 Lightning II sorties.

In an interview today, wing commander Brig Gen Scott Pleus says Luke AFB now counts 34 pooled fifth-generation F-35As in American, Australian and Norwegian livery. The wing also continues to produce 95% of the US air force’s F-16 pilots from the base in Phoenix and its two satellite squadrons at Holloman AFB in New Mexico.

As the world’s premier conventional F-35 training base, Luke is currently training pilots and instructors for the USA, Australia, Norway, Italy – and soon F-35 foreign military sales customers Japan and Israel. Other programme partners – the Netherlands, Turkey and possibly Denmark and Canada – will also join the pooling arrangement, where they share aircraft and instructors.

Luke will grow to six F-35 training squadrons, and will soon reactivate its third unit – the 63rd Fighter Squadron, which trained F-16C/D pilots until it disbanded in 2009.

As its former commander, Pleus is looking forward to the 63rd's return, and he expects one squadron to covert to F-35 each year after that. Eventually, Luke will house 144 jets and 12 full-mission simulators. Singapore and Taiwan also have F-16 training squadrons at the base. 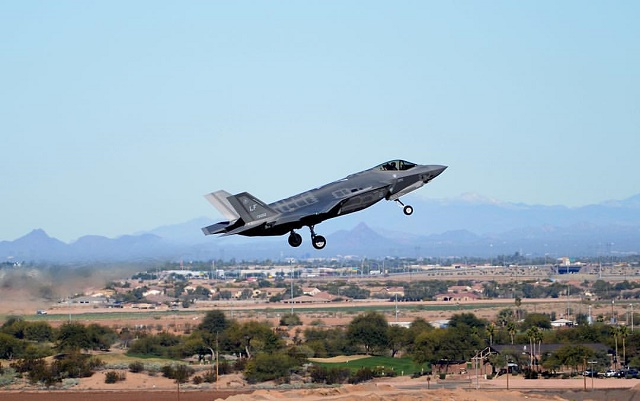 Luke’s training programme will grow rapidly through 2024 as F-35 nations work towards initial operational capability. Lockheed is scaling up aircraft production at its main site in Fort Worth, Texas as well as in Italy and Japan, with a planned run of 2,322 A-models.

“Throughout this year, I’ll get two more Norwegian F-35s, our very first two Italian F-35s, and six more F-35s with US flags on the tail,” explains Pleus. “We’ll be sitting somewhere around 44 jets by the end of 2016. We’re also going to start training Israel with some ground-based training, and Japan will come in later as our [foreign military sales customer].”

FMS customers including South Korea will fly their own jets, and have instructors assigned to their units. The first Israeli F-35I “Adir” is in final assembly, but flight training is being done in Israel.

“Right now, Israel is just doing academic and simulator training only. Japan will bring their own aircraft here, and will go through the academics, the simulators and we will have instructor pilots assigned to them.” 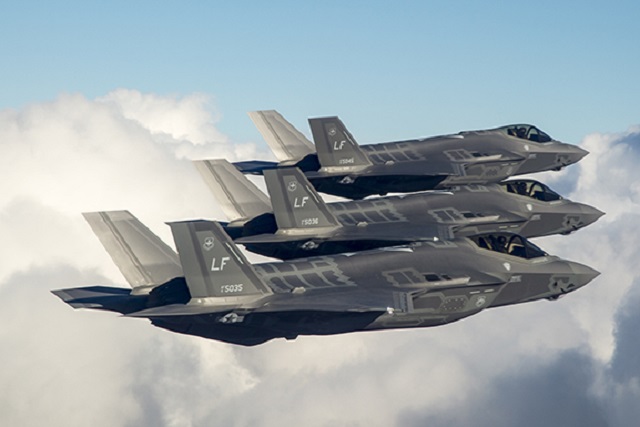 One of the lingering curses of concurrent development and fielding of the F-35 is that the 34 aircraft based at Luke are in various stages of upgrade, and will be continuously improved as new hardware and software modifications become available. That means maintainers are working overtime to bring the aircraft and simulators up the latest configuration.

That should smooth out as Lockheed enters full-rate production in the standardised Block 3F and Block 4 configurations in 2017 and beyond.

Until recently, Luke has been growing its pilot instructor base, but in April students will adopt a new syllabus focused on full combat training, and eventually weapons employment.

That new focus comes as Hill AFB in Utah stands up its first combat-coded F-35 squadron for IOC in August, and as Luke prepares to receive its first undergraduate pilots in November.

“We are on the cutting edge in November of getting that first group of students started, so they can go right to Hill AFB upon their graduation and become the new pilots, instructors and leaders for the F-35 as it continues to grow,” says Pleus. 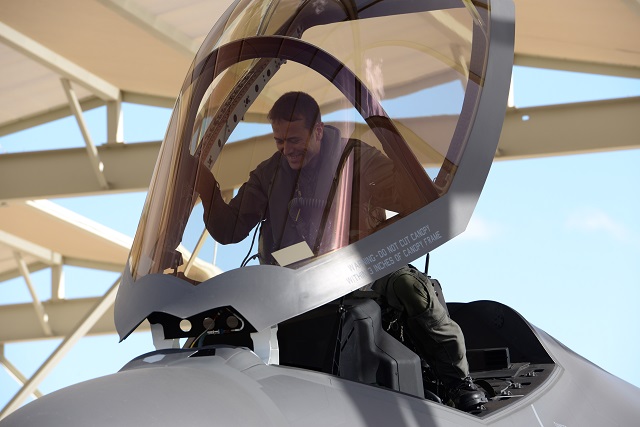