The sale is not yet finalised, as the two Abu Dhabi-based companies have a conditional agreement, said Edge on 21 July. 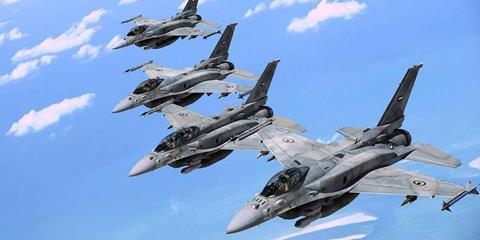 AMMROC, a military MRO shop, is the region’s only authorised Lockheed C-130 Hercules service centre. It also provides MRO services for the Lockheed F-16 and is a depot MRO hub for Sikorsky UH-60 Black Hawk components.

Edge was formed in November 2019 by the government of the UAE to consolidate a group of more than 25 local aerospace companies. Lockheed, as well as its helicopter subsidiary Sikorsky, helped launch AMMROC in 2010, with another UAE-backed company that was subsequently absorbed into Edge last year.

“Lockheed Martin and Sikorsky have played a pivotal role in developing the UAE’s MRO capabilities. As Edge assumes full ownership of AMMROC and continues to pursue the military and civil MRO market with specialist skills, we recognise that such achievements are the outcome of our international partnerships,” says Faisal Al Bannai, chief executive officer of the Edge Group. “Going forward, we will continue to explore emerging business opportunities with Lockheed Martin and Sikorsky to further strengthen our relationship.”

The UAE, which is a large buyer of Western military equipment and commercial airliners, is looking to build its local aerospace industry. In addition to localising MRO services, Edge is pushing to develop its own technologies in areas such as artificial intelligence, autonomy, cybersecurity, internet of things, propulsion, robotics and smart materials.