The US Air Force has moved six Lockheed Martin F-16s and 300 personnel to Incirlik Air Base in Turkey following the country’s recent decision to host US warplanes as part of Operation Inherent Resolve.

The fighter jets arrived 9 August from Aviano Air Base in Italy, and are set to join the multinational air campaign against Islamic State militants in Iraq and Syria.

Turkey has until recently been a reluctant participant in the 60-nation coalition against ISIS, but terrorist attacks at home have seen Turkish F-16s strike inside Iraq and Syria for the first time.

Last month, Ankara and Washington reached a long-awaited basing agreement that allows US aircraft to participate in operations from Turkey, greatly reducing the distance American fighters need to travel to reach their targets.

“The US Air Force deployed a small detachment – six F-16 Fighting Falcons, support equipment and about 300 personnel,” US European Command said in a statement. “This follows Turkey's decision to host the deployment of US aircraft conducting counter-Islamic State of Iraq and the Levant (ISIL) operations.”

The detachment of F-16s hail from the 31st Fighter Wing, which maintains two Falcon squadrons in Italy. They join a large contingent of fighters, bombers and unmanned aerial vehicles already operating from bases in the Gulf, Iraq and Cyprus.

As of 29 July, the US-lead air campaign had destroyed 8,789 ISIL targets including 116 tanks and 336 Humvees, according to the Pentagon. 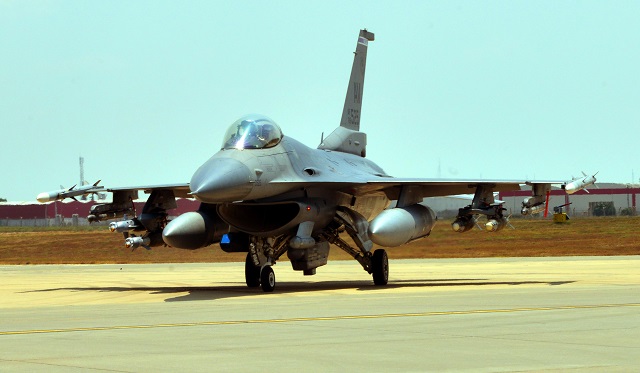