Boeing was awarded a $16.1 million contract to refurbish the interior of a US Air Force C-32A, an executive transport popularly known by its call sign “Air Force Two” when the vice-president travels aboard.

The interior upgrades and refurbishments are being done to match the look of the presidential section of the VC-25A, also known as “Air Force One,” according to a notice online. 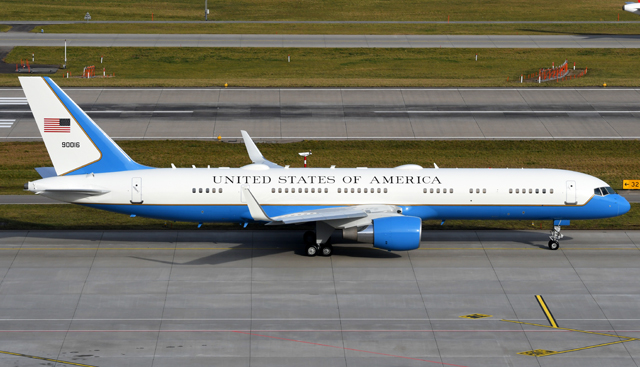 Work will be performed in Oklahoma City, Oklahoma and at other unnamed locations, and is expected to be completed by August 2019.

The C-32A is based on a Boeing 757-200 commercial airliner and was first introduced into service in 1998, according to the USAF’s website. The primary passengers are the vice-president, the first lady, members of the cabinet, senators and representatives.

On 1 August, the USAF also posted a request for information indicating that it was considering replacing its C-32A aircraft, as well as the 747-200-derived E-4B and 707-based E-6B, with a single aircraft type.

The USAF plans to replace its current fleet of presidential aircraft, two 747-200-based VC-25A aircraft delivered in 1991, with two 747-8s originally built for Russian carrier Transaero, which filed for bankruptcy in 2015 before it could take delivery. The new presidential aircraft together cost $3.9 billion and are scheduled to begin flying in December 2024.

Boeing declines to comment beyond the contract notice. The USAF did not immediately respond to a request for comment.