GAO: US Navy and Marine Corps aircraft readiness declined since 2011

US Navy and Marine Corps aircraft availability has continued to suffer and decline since 2011 due to old age, poor depot maintenance and parts shortages, among other issues.

Old age has played a large role in the decline of available aircraft in the USN and USMC fleet. For example, depot maintenance on aging aircraft has become less predictable as structural fatigue occurs and parts that were not expected to be replaced start to wear out, says the GAO. Unexpected maintenance has made it difficult to anticipate the services’ needs for parts and led to shortages.

“Both services expect these aircraft will continue to be used for the foreseeable future and in some cases into the 2030s,” says the GAO. “The Navy and the Marine Corps face delays in the arrival of the F-35 to replace their legacy F/A-18A-D Hornets and AV-8B Harriers.” 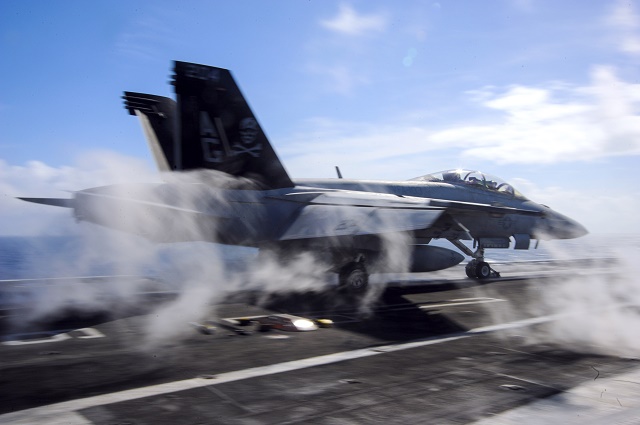 What’s more, the USN has had difficulty attracting and retaining skilled maintainers, such as sheet metal workers and machinists at its aviation depots, which has made it more difficult for the service to keep up with its aircraft's planned maintenance.

“For example, 41% of the skilled workers at Fleet Readiness Center Southwest have two years or fewer of experience,” says GAO. “Workforce inexperience and attrition of skilled personnel were some of the reasons cited for machining defects detected in the landing gear for F/A-18, E-2, and C-2A aircraft by a recent Navy report.”

All of the USN’s aviation depots are trying to keep their maintainers on the job with incentives, bonuses and awards, the GAO report adds.

This recent report comes after Secretary of Defense James Mattis in 2018, as part of the National Defense Strategy, issued a service-wide memorandum establishing a minimum of 80% mission capable rates for various critical aircraft, including for the F/A-18, by the end of fiscal year 2019, while also reducing operating and maintenance costs.

Summarising the services’ progress to that goal the GAO stated: “Office of the Secretary of Defense and Navy programme officials told us, and based on our prior work we agree, that this goal will be challenging to achieve by the end of fiscal year 2019.”