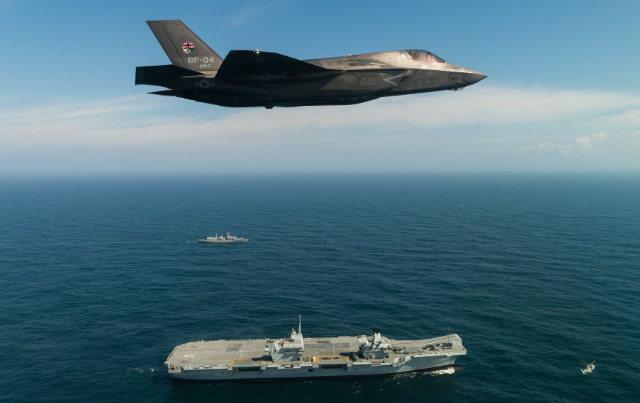 Launching an 11-week trials activity that is scheduled to total more than 500 take-offs and landings with the short take-off and vertical landing type, the arrival involved US-owned test aircraft BF-04 and another drawn from the US Marine Corps' VX-23 squadron. Piloted by Royal Air Force Sqn Ldr Andy Edgell and RN Cdr Nathan Gray, they are being supported by personnel assigned to a joint integrated test force at NAS Patuxent River, Maryland. 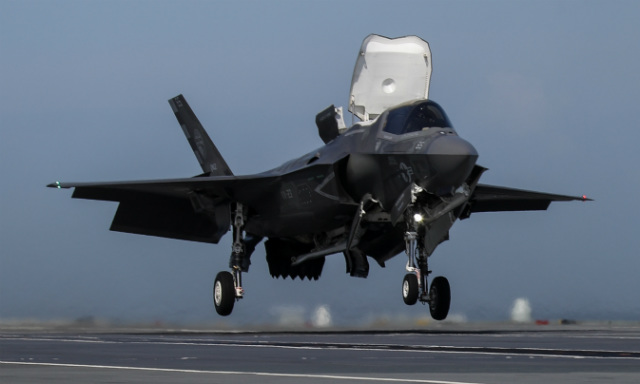 The F-35Bs' arrival aboard the 65,000t HMS Queen Elizabeth came eight years after the last deployment of a fast jet aboard an RN aircraft carrier, due to the early retirement of the UK's BAE Systems Harrier GR9/9As. A first take-off using the vessel's ski-jump ramp was conducted later the same day. 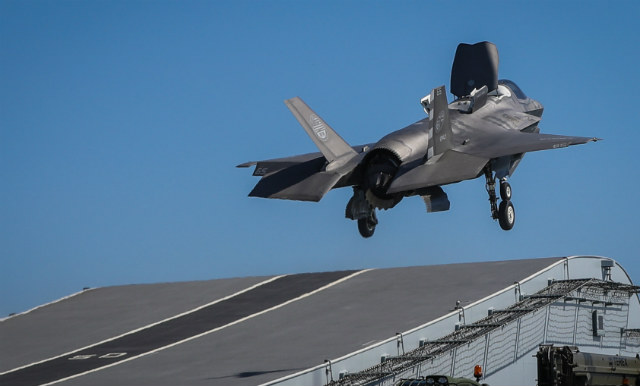 "The regeneration of big-deck carriers able to operate globally, as we are proving on this deployment, is a major step forward for the UK’s defence, and our ability to match the increasing pace of our adversaries," says HMS Queen Elizabeth commanding officer Capt Jerry Kyd.

HMS Queen Elizabeth and second-of-class ship HMS Prince of Wales will each be capable of operating with a full complement of up to 24 F-35Bs, plus support assets including Leonardo Helicopters AW101 Merlin HM2 rotorcraft. 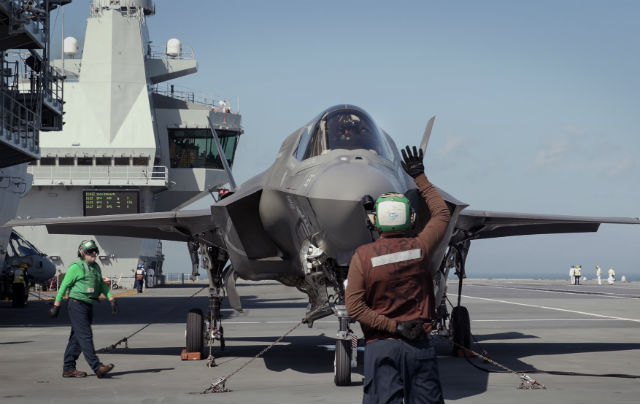 "HMS Queen Elizabeth remains set to be deployed on global operations from 2021," the UK Ministry of Defence says. This will follow the expected declaration of initial capability for the carrier strike combination during 2020.

Lockheed has so far delivered 16 F-35s to its UK customer, which has a programme of record requirement for up to 138 of the stealthy type. Nine of the aircraft are in use with 617 Sqn at RAF Marham in Norfolk, with the remainder supporting training, test and evaluation activities in the USA.