The upgrade of Indian air force Antonov An−32 tactical transports is well behind schedule and is only likely to be completed by 2025 - an eight year delay from the original plan.

Indian defence minister Shripad Nayak has informed parliament that 55 aircraft have so far been upgraded to the An-32RE (re-equipped) standard.

“Upgradation of the remaining aircraft is planned in a phased manner depending upon the supply of [modification] kits by Ukraine,” he says. “There is [a] shortage of certain spares [of Russian origin] due to strained relations between Russia and Ukraine.”.” 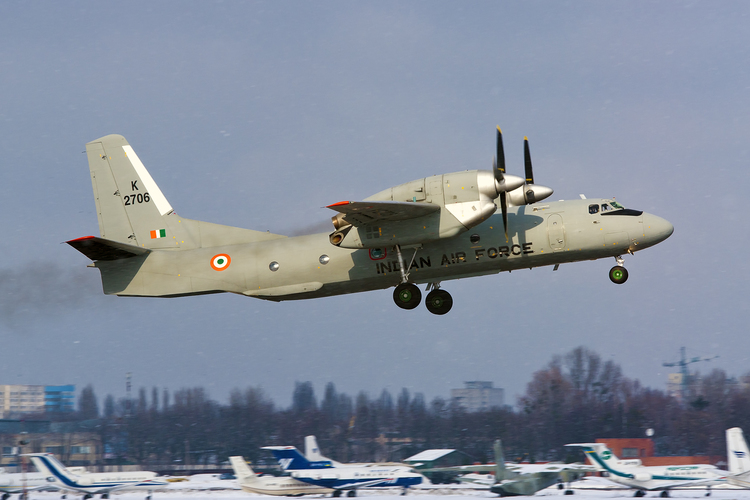 A $400 million total technical life extension, overhaul and upgrade contract for 105 of the type was inked with Ukrainian state enterprise Spets Techno Export in June 2009. All were to have been upgraded to the An-32RE standard by March 2017.

Plant 410 of Civil Aviation and Antonov in Kiev, Ukraine, completed the modernisation of the first 40 An-32REs, with the first delivered in 2011 and the last in November 2015.

Since then, the air force’s No. 1 Base Repair Depot in Kanpur has upgraded 15 examples in India. The service is now down to a mixed fleet of 98 An-32s.

Eleven of these systems are of Western origin, with nine sourced from the USA and one each from France and Switzerland.

India’s defence ministry says there have been 15 accidents involving the An-32 since the type was inducted into service 35 years ago. The most recent was a June 2019 crash in the northeastern state of Arunachal Pradesh, with no survivors.