The Brazilian carrier, which is the launch operator of the aircraft, expects to end 2019 with six E195-E2s.

Embraer secured type certification for the E195-E2 in April. Azul holds orders for 51 E195-E2s with the Brazilian manufacturer, and has also committed to another six E195-E2s from lessors, split evenly between AerCap and Aircastle. 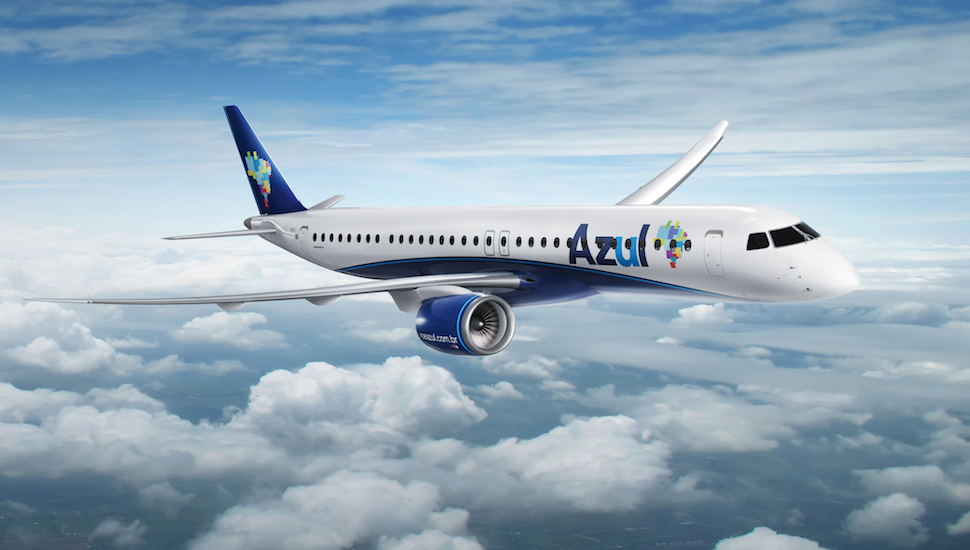 The addition of the E195-E2s will allow Azul to make further progress in an ongoing fleet renewal. It has been taking delivery of Airbus A320neos, and the re-engined narrowbody now makes up about 34% of its capacity.

"I'm truly surprised by the impact the A320neos have made in our network," said Neeleman on an earnings call on 9 May. "We continue to add capacity and we haven't seen a decrease in RASK."

The carrier ended the first quarter with an in-service fleet of 125 aircraft, including 24 A320neos.

Azul's fleet renewal is part of a multi-year plan at the carrier to expand margins. The airline is targeting an operating margin of 18-20% in 2019, up from 15.1% in 2018. In addition to the fleet renewal, Azul plans to grow margins through its loyalty programme and ancillary and cargo revenue.