The Atlanta-based carrier expects to take delivery of its first A220-300 in 2020. The aircraft will be configured with 130 seats, including first-class seats, economy seats and extra-legroom economy seats Delta calls "Comfort+".

"These additional A220 aircraft will continue to strategically enable Delta to refresh our fleet, drive further advances in the customer experience and serve as an excellent investment for our customers, employees and shareowners for Delta into the next decade," says Delta chief operating officer Gil West. 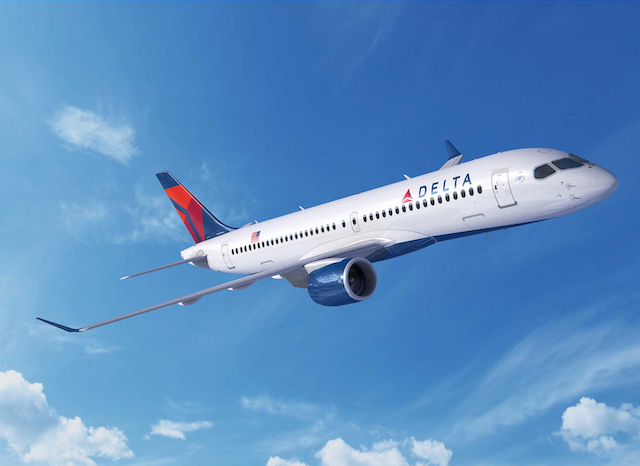 With the new orders and conversions, Delta holds orders for 40 A220-100s and 50 A220-300s. The airline has taken delivery of four A220-100s, Flight Fleets Analyzer shows. It plans to place the aircraft into revenue service later this month.

The carrier had said previously it was considering converting some of the A220-100 orders to the larger -300, with Delta chief executive Ed Bastian telling reporters in October 2018 that the airline was in constant discussions with Airbus about a potential conversion.

Delta expects to receive all 90 A220 aircraft by end-2023, it says. Its A220-300s will be assembled at a new facility in Mobile, Alabama. Construction of the plant will begin later this month.

The airline had first placed its 75-aircraft order of the A220 – then known as the Bombardier CSeries – in 2016.