The first aircraft will be delivered early next year and the carrier aims have all six aircraft in service during the first half of 2022. Flyr has also taken options on four more aircraft for delivery in 2023. 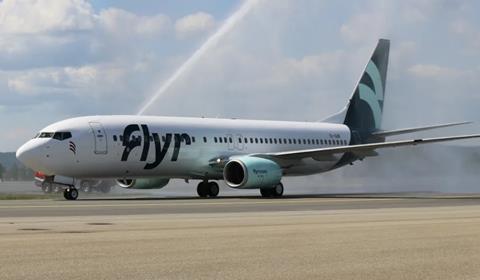 “The decision to choose the latest generation of brand-new Boeing aircraft is in line with the authorities’ goal of a more sustainable development in aviation,” Flyr chief executive Tonje Wikstrom Frislid says.

Flyr launched flights at the end of June, initially on domestic flights, using a Boeing 737-800.  The airline in August launched its first interrnational flights, serving Alicante, Nice and Malaga.