Polish flag-carrier LOT is ordering another six Boeing 737 Max jets, to be delivered from this year.

It is acquiring the twinjets through a co-operation agreement with Kuwaiti lessor ALAFCO.

The airline says it is to take five of the aircraft this year and the last in 2020. 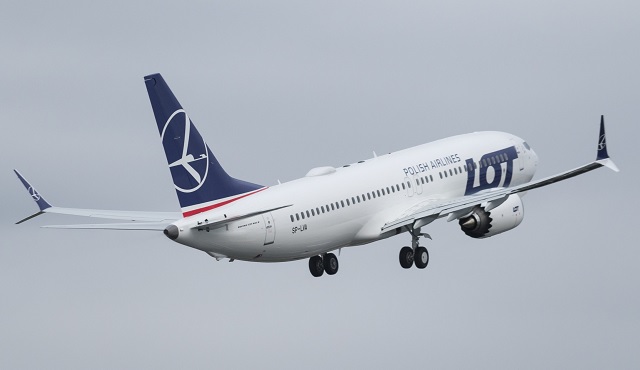 LOT says that the aircraft – powered by CFM International Leap-1B engines – are "perfect" for the airline's short- and medium-haul network.

The airline took delivery of its first two 737 Max jets last year, part of a batch of six it had agreed to acquire through US lessor Air Lease.

Further deliveries are due from June and the final one will arrive in May next year.

ALAFCO chief Ahmad Alzabin says the LOT deal is a "significant milestone" for the lessor.

LOT states that, with the latest agreement, it will have 12 Max jets in its fleet by the end of 2020. The lease for the ALAFCO aircraft will run for nine years.

Configured with 186 seats the jets will be put on such routes as London, Madrid, Astana, Vienna, Amsterdam, Paris, Frankfurt, Brussels, Dusseldorf, Barcelona, Moscow, Tbilisi and Kiev.