Air China’s first Airbus A350-900 has performed its maiden flight in Toulouse.

The aircraft, painted in carrier’s blue and red livery, will enter the final phase of production, with further ground checks and test flights to be conducted before being prepared for delivery, says the manufacturer. 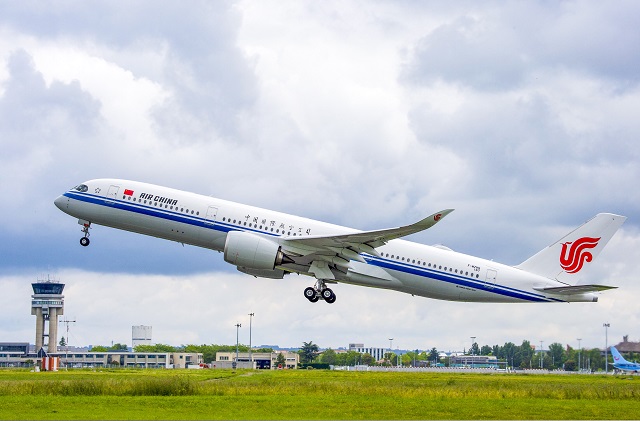 Air China was the first mainland Chinese carrier to order the A350. It has 10 of the Rolls Royce Trent XWB-powered jets on order.

One aircraft for Hainan Airlines, MSN 098, is scheduled for delivery in mid-June.