Allegiant Air has taken delivery of its first US-assembled Airbus A320 from Mobile, Alabama.

The aircraft, registered N256NV, is the 11th of 13 new A320s that the airline has ordered from Airbus. 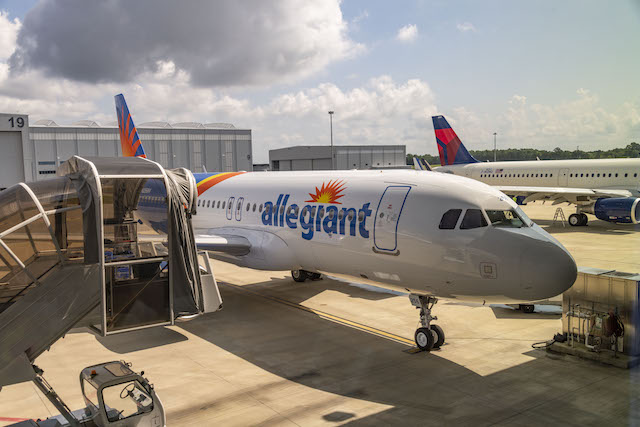 The ultra low-cost carrier quietly added a 13th A320 to its orderbook in April, after its surprise order for 12 new A320s in 2016 which deviated from a strategy of acquiring used A320 family aircraft.

An Allegiant spokesperson tells FlightGlobal that the 13th A320 was ordered to support the airline's accelerated transition to an all-A320 fleet from Boeing MD-80s, slated for completion by year-end.

After Allegiant decided in 2017 to speed up the fleet transition by a year to end-2018, the airline requested for Airbus to keep it in mind if any additional A320 slots became available.

"Fortunately one did, and because of our fleet team’s unique ability to move quickly, we were able to take advantage and add the 13th aircraft," says the Allegiant spokesperson.

This aircraft, and the final A320 from the 12-aircraft order in 2016, will be the final two deliveries to the airline from Airbus, Flight Fleets Analyzer shows. Allegiant paid for the A320 delivered at Mobile with cash and is evaluating financing options.

The Las Vegas-based airline currently has 99 A320 family aircraft in service or committed for future delivery.