Brazilian carrier Azul has taken delivery of its first Airbus A330-900, an aircraft being acquired through lessor Avolon.

Avolon has 15 of the Rolls-Royce Trent 7000-powered type on order.

Azul is the first carrier in the Americas region to receive the A330neo, says Airbus. The aircraft, MSN1876, is configured in three classes, with 34 business, 96 premium-economy and 168 economy seats. 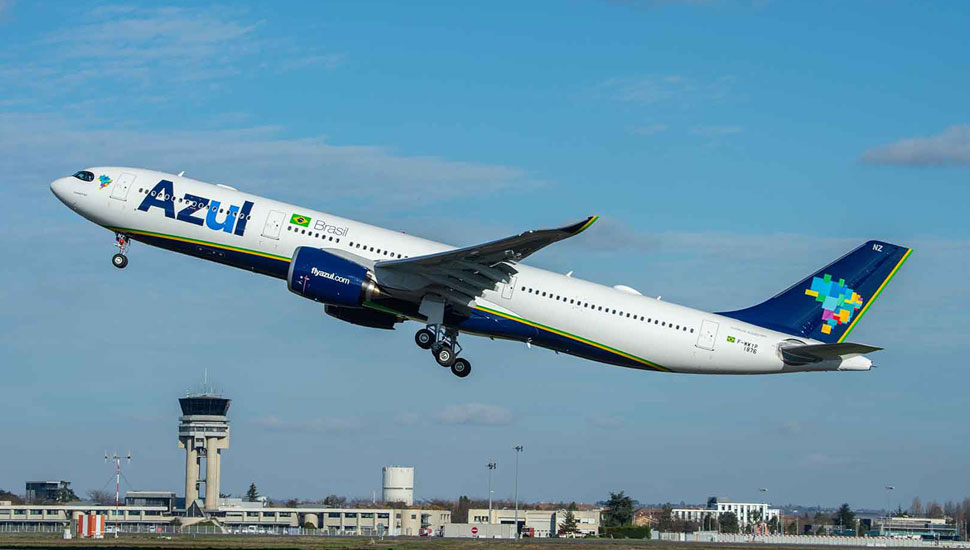 “This new aircraft will play a key role in the expansion of our international markets, supporting our strategy of having a modern and fuel-efficient fleet,” says Azul chief John Rodgerson.

Airbus delivered five A330-900s over the first four months of this year – three to TAP Portugal, and one apiece to Air Senegal and Air Mauritius.

These complemented three others, all delivered to TAP, which were handed over last year.

Airbus has delivered a total of seven A330s, including the five A330neos, so far this year. Only one of the regular A330s went to a carrier, a -300 for Shenzhen Airlines, the other being a -200 military tanker airframe.