El Al is taking delivery of a Boeing 787 featuring a retro livery of the Israeli flag-carrier.

The colour scheme reflects that previously carried on the airline’s Boeing 707s, and has been recreated to commemorate the carrier’s 70th anniversary.

This colour scheme is being carried on its latest 787-9 (4X-EDF), a Rolls-Royce Trent 1000 TEN-powered twinjet. 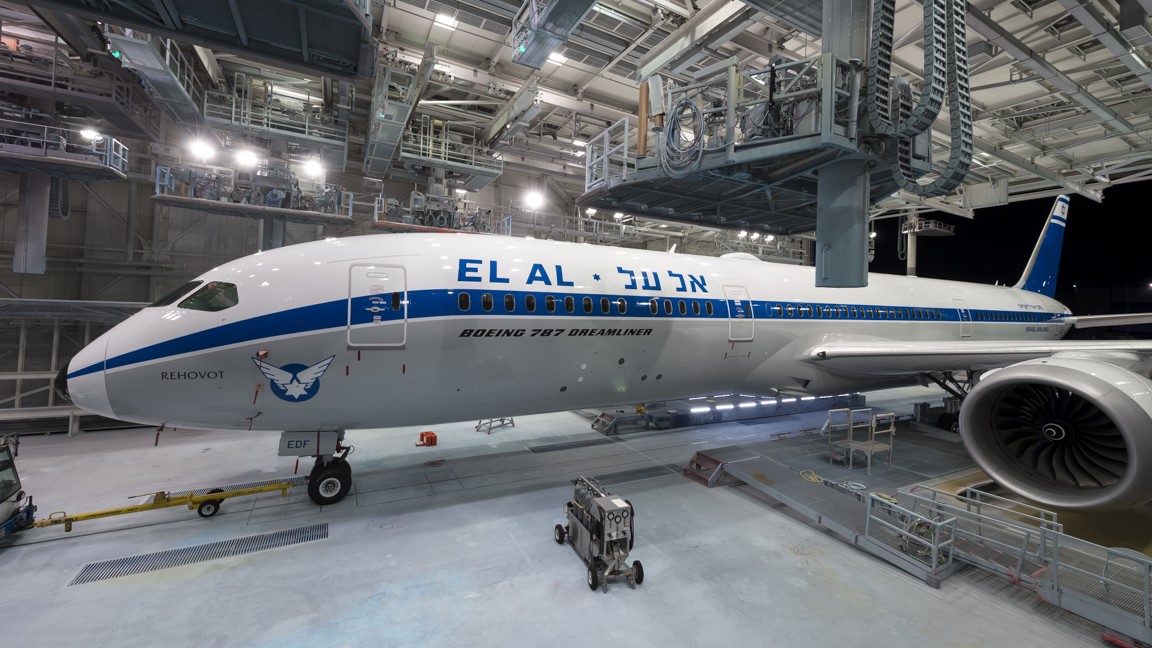