Atran has been using 737-400SF twinjets for its cargo services.

But Volga-Dnepr states that it has received its first 737-800BCF, taking its overall aircraft fleet to five, after Russian certification of the variant.

It says Atran will be able to offer customers the benefits of the aircraft’s “enhanced operational capabilities”.

The jet has already been deployed on services from Moscow Vnukovo to Norilsk and Yakutsk, and Atran describes it as an “ideal” aircraft for European short- and medium-haul freight operations.

Cirium’s Fleets Analyzer lists Atran as having a 737-800BCF registered VQ-BFS, leased from GECAS. The lessor received the first aircraft from the -800BCF programme last year, delivering it to West Atlantic.

It was originally manufactured in 2002 and delivered to ATA Airlines, subsequently being operated by Jet Airways before its conversion to a freighter last year. 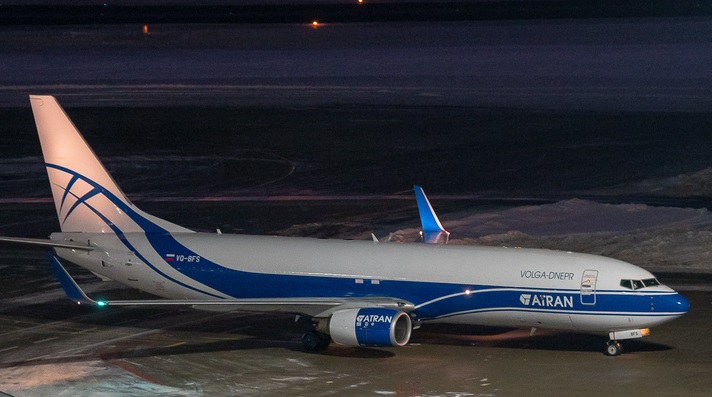