The aircraft, registered VH-YIV, re-entered service on 8 August, and is the first of five 737-800s that will be fitted with the new devices. 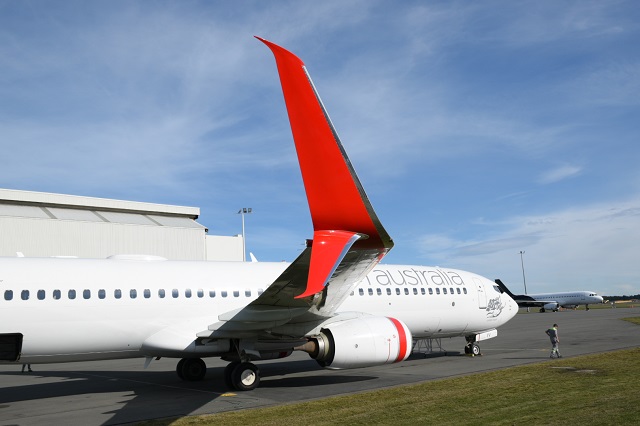 "With fuel being one of the largest costs for airlines, we’re attracted to the benefits the winglets can provide," says the airline's acting chief operations officer Stuart Aggs.

"The fuel benefits increase with sector length so we’ll be retro-fitting the winglets to five of our Boeing 737NG aircraft currently operating services to destinations like Fiji, New Zealand, Bali and the Pacific Islands."

Cirium's Fleets Analyzer shows that VH-YIV is leased from SMBC Aviation Capital, and was delivered new to the carrier in 2013. The other aircraft to be fitted with the devices bear registrations VH-YIU, YIJ, YIR and YIS, Virgin adds.