SAA receives first A350 and plans to introduce four

​South African Airways has disclosed that it will lease another pair of Airbus A350-900s, after taking delivery of the first of two initial leased aircraft.

South African Airways has disclosed that it will lease another pair of Airbus A350-900s, after taking delivery of the first of two initial leased aircraft.

The flag-carrier disclosed in mid-year that it was intending to lease two A350-900s and, on 31 October, the first of them arrived at its base in Johannesburg.

SAA says these first two aircraft are nine months old and previously operated for another carrier.

While it does not identify this source carrier, Cirium fleets data indicates that the jets are being taken from China's Hainan Airlines, and that the initial airframe is MSN226.

The third and fourth, says SAA, will be subleased from Air Mauritius and delivered directly from the assembly line in Toulouse.

SAA plans to put the initial A350 into service on its transatlantic route to New York JFK, replacing the Airbus A340-600. 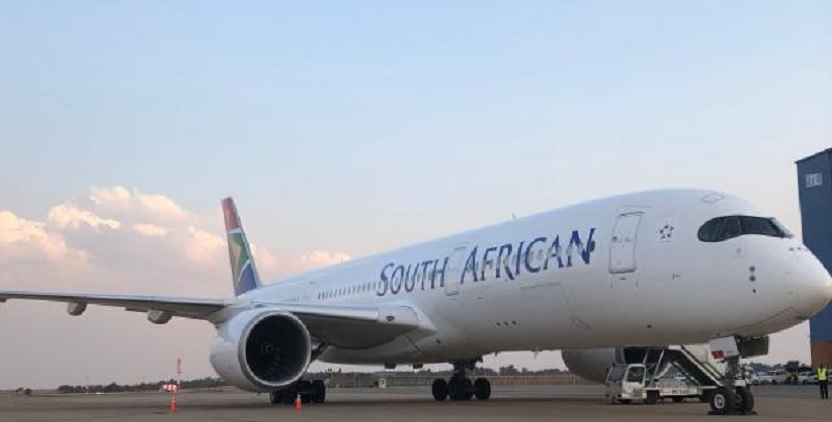 The twinjet is configured with 339 seats in two classes, with 30 lie-flat seats in the business cabin. The airline states that the first six economy-class seat rows include larger legroom.

She has revealed that four of the type will be delivered over the next six weeks, and all of them will be deployed on operations by mid-December.

"It is an important step-change as we continue to make progress to transform our business and return the airline to financial sustainability, in the shortest time possible,” adds Ramasia.

SAA will operate the aircraft for three years.