Samoa Airways to wet-lease 737-800 from Malindo

Samoa Airways is finalising an agreement to wet-lease a Boeing 737-800 from Malindo Air to operate its jet routes owing to the global grounding of the 737 Max fleet.

Since commencing operations in November 2017, the carrier has used a 737-800 (MSN32733) wet-leased from Italian carrier Neos. That was planned to be replaced by a 737 Max 9 at the end of March, but the global grounding of that fleet has resulted in the new-build jet being delivered into storage at Boeing Field. 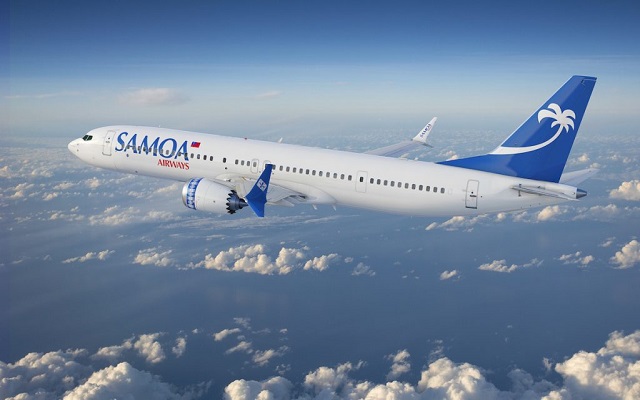 “Our lease with Neos couldn’t be extended and with the global grounding of the Max 8 aircraft, there is a huge worldwide shortage of narrow-body aircraft as airlines scramble to consolidate their schedules using their existing fleets and short-term leases from other operators”, says Samoa Airways chief executive Tupuivao Seiuli Alvin Tuala.

The carrier and Malindo are now working to secure approvals from Samoan, Australian and New Zealand regulators for the new wet-lease, which it hopes will be secured by the end of the first week of April.

In the meantime, the carrier has cancelled some flights and re-accommodate passengers on other carriers.

Cirium schedules data shows that Samoa Airways flies from its Apia base to Auckland, Sydney and Brisbane