Southwest Airlines has further extended the cancellation of Boeing 737 Max flights, removing the aircraft from its schedule through 1 October.

The Dallas-based carrier had previously cancelled 737 Max-operated service through 2 September. 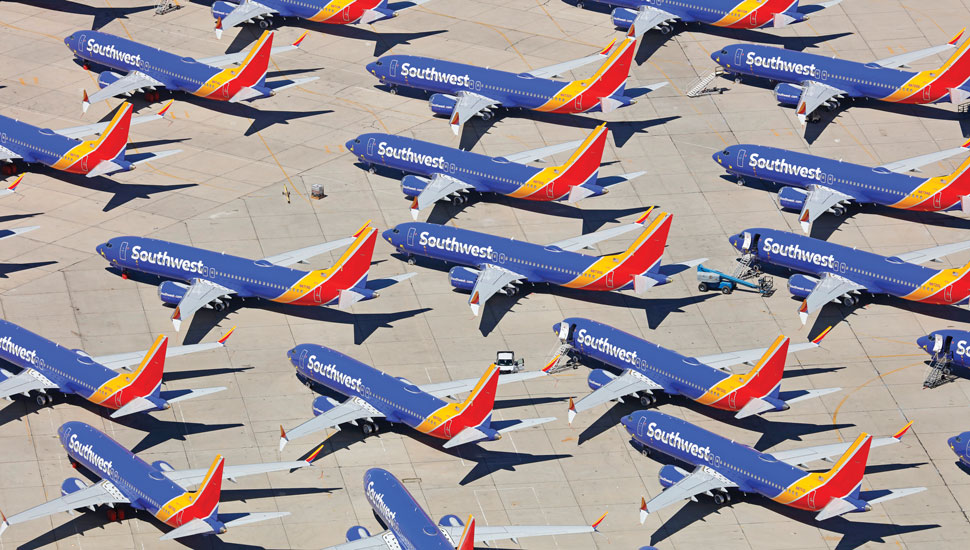 While US regulators said on 26 June that they had uncovered an additional issue that Boeing needs to address to return the aircraft to service, Southwest says that it decided to extend the cancellations before the recent development.

"We are encouraged by the reported progress and proposed path forward for returning the aircraft to service, and we remain confident that, once certified by the FAA, the enhancements will support the safe operation of the Max," says the airline.

"With the timing of the Max’s return-to-service still uncertain, we are again revising our plans to remove the Max from our schedule through Oct. 1."

The latest revision will cancel about 150 daily flights – or less than 4% – of the airline's peak-day schedule of more than 4,000 flights.

Southwest had operated 34 737 Max 8s before the FAA grounded the aircraft on 13 March. The airline was the largest 737 Max operator and has the world's biggest 737 fleet with more than 700 aircraft.