Can Tempest and FCAS projects both succeed in Europe?

For some, a time of global economic crisis might not feel like the perfect moment for nations to invest huge sums of money to develop a new class of combat aircraft only due to enter use around 2035-2040.

Currently, six European governments and their national defence industry champions are involved in the early phases of two competing – and comparable – projects to deliver such a capability. 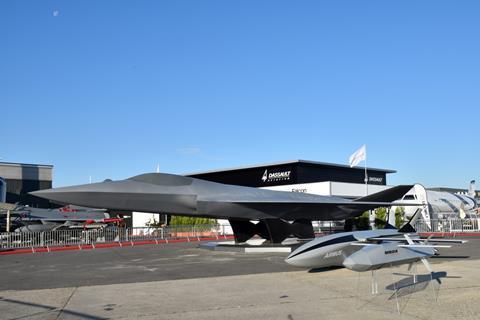 In the opinion of Airbus Defence & Space chief executive Dirk Hoke, Europe’s current trio of advanced fighters – the Dassault Rafale, Eurofighter Typhoon and Saab Gripen – represent a wasteful replication of industrial effort – and all lose out by battling for the same orders.

With its Tempest development having drawn interest from Italy and Sweden, the UK is not only turning away from its co-operation with Germany and Spain on Eurofighter, but applying the afterburners on their separation.

Key players behind both efforts are united in their calls to “avoid the mistakes of the past”. For some, that refers to compromised yet complex requirements, sprawling manufacturing and final assembly arrangements, and political interference during export activities, while for others, a simple lack of harmony was at fault.

Getting everyone to agree that having multiple final assembly lines for a fighter with a comparatively small production volume is an inefficient luxury is one thing – agreeing which will lose the strategic capability is quite another.

International partnering spreads a programme’s investment burden, but elements of the Eurofighter set-up and the Airbus Defence & Space A400M airlifter serve as cautionary tales. Three can be a crowd, but a lack of agreement among four or seven involved nations can cause lengthy delay and spiralling costs.

Surely Europe can comfortably support two next-generation combat aircraft programmes? Indeed, those involved in FCAS and Tempest eye them as offering a real opportunity to power part of their nations’ economic recovery in the post-coronavirus era.

For an alternative view should the projects eventually have to merge, a unified solution could serve all 27 EU member states, plus the UK. Such a prospect could make the US-led Lockheed Martin F-35 programme look like a bureaucratic cakewalk by comparison.