Canada has unveiled a stamp celebrating the contribution to the country’s aviation history of the De Havilland DHC-2 Beaver, marking the 75th anniversary of its first flight.

Part of Canada Post’s Canadians in Flight series, the service describes the all-metal, short take-off and landing type as the “best bush plane ever built” and “one of Canada’s top 10 engineering achievements of the 20th century”. 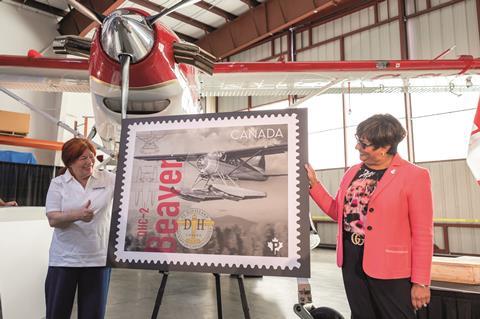 De Havilland Canada inherited the Beaver when it bought the rights to the DHC family trademarks and type certificates from Bombardier.

The company’s owner Sherry Brydson is pictured (left), with Suromitra Sanatani, Canada Post’s chair of board of directors.

Cyprus Airways was upstaged in its efforts to show off its new colour scheme when a real aviation expert chose to take a closer look at the livery.

The bird – which looks like a Cypriot hooded crow, although we’re open to ornithological re-education – perched on the fin of the Airbus A320, one of a pair being introduced under a revised strategic plan. 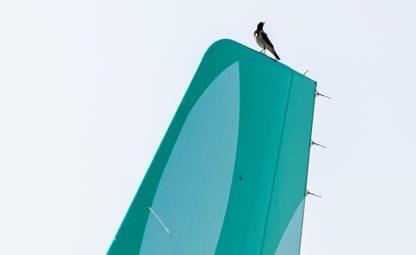 “Even the most experienced of flyers are hitching a ride,” the airline acknowledged.

The eagle has branded

On the subject of birds, Frontier Airlines ignored the never work with children or animals dictum when it had a bald eagle on hand at an event marking the arrival of its first A321neo.

The aircraft will sport a striking special edition livery, with the bird of prey featuring on the tail. Frederick the Bald Eagle is, of course, also the emblem of Pratt & Whitney and named after Frederick Rentschler, the founder of the Connecticut engine maker whose PW1100Gs the carrier has chosen for the first time. 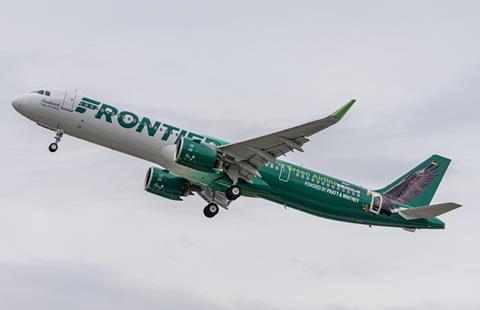 Our man on the spot reports that the eagle did not appear to be delighted about its public appearance. However, given the species’ rather austere physiognomy, we are not sure how one tells when a bald eagle is happy.

Airbus chief executive Guillaume Faury found himself suffering a slight episode of mode confusion during the airframer’s third-quarter media briefing at the end of October – an experience those who have become familiar with online meetings may sympathise with.

The opening question was a long and detailed query about the company’s risk outlook for the Chinese market, but Faury was forced to ask the caller to repeat the first half of it.

Not because of the quality of the line, though. “I wanted to put [myself] on mute but I disconnected the call,” he admitted.

For lovers of aviation art, the annual Aviation Paintings of the Year exhibition is always a highlight.

The organisers of the exhibition – the Guild of Aviation Artists (GAVA) – have asked us to point out that, following a few years of Covid-19-related disruption, it has not been possible this year either to hold a physical show. 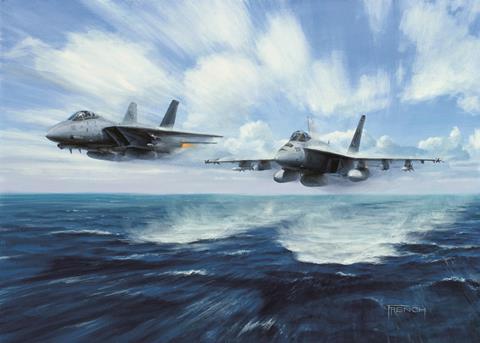 However, a digital display continues to be available to view until 4 December, with details at gava.org.uk.

GAVA, which plans a return to presenting an in-person exhibition in summer 2023, says the digital show is a “wonderful opportunity to view new, original art, which is for sale”.