In 2006, US military aviation will enter a long period of nearly stagnant – but not shrinking – budgets, competitive tensions will be inflamed over replacing air force tankers, and a far-reaching new strategic blueprint will shake up plans for purchasing fighters, transports and helicopters. 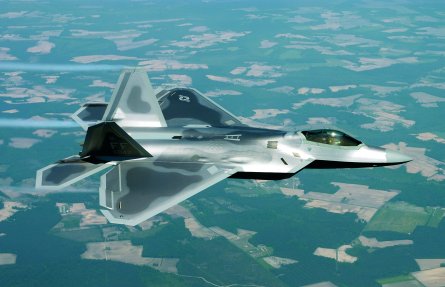 Both of the USA’s leading fighter programmes – the Lockheed Martin/Boeing F-22A and Lockheed F-35 Joint Strike Fighter (JSF) – appear likely to be reduced, but preserved, by the 2005 Quadrennial Defense Review (QDR), the recommendations of which will be reported soon. The cuts will lead to a new look at upgrades for Boeing F-15s and F/A-18s and Lockheed F-16s – and perhaps even to a decision to buy new models of the legacy types.

By the end of August, the F-22A should have completed its first deployment – to Alaska beginning in June – and a pre-production version of the conventional take-off and landing F-35A is scheduled to have made its first flight.

The US Air Force will seek to freeze airlifter procurement at current levels, but Congress will probably pick up the debate. The main point of dispute will be the air force’s decision to stop buying Boeing C-17s in 2008. The question will be whether Congress will force the service to continue buying the strategic transport, following the example of budget add-ons in the late 1990s that preserved Lockheed’s C-130J production line for several years.

The key competitive war of 2006, however, will involve replacing hundreds of Boeing KC-135 tankers. Boeing’s showdown with a Northrop Grumman/EADS North America team is notable not only for the potential size of the order, but also for its impact on the transatlantic defence marketplace. The USAF recently decided to replace its oldest KC-135 tanker/transports under a process that could alter previous bids based on the Boeing KC-767 and Northrop/EADS KC-30 (Airbus A330), but both teams are waiting to see the precise requirements.

The air force also plans to act on an internal recommendation to re-engine part of the remaining KC-135 fleet and its Northrop E-8C Joint Surveillance Target Attack Radar System aircraft. This is intended to reduce the size of the overall tanker replacement requirement by perhaps 100 or more aircraft and is likely to increase pressure to withdraw the 767 as the favoured candidate for the USAF’s future E-10A Multi-sensor Command and Control Aircraft.

Another area of concern for international industry is the future of the nine-nation partnership developing the JSF. Talks have closed on the wording of a new memorandum of understanding (MoU) on the massive production, sustainment and follow-on development phase. A draft MoU will be prepared by April, allowing each of the partners’ parliaments sufficient time to approve the document so that the final version can be signed at year-end. Cuts in the number of JSFs are likely to have an impact on the unit cost, and technology transfer issues related to the stealthy design and a possible agreement on the location of one or more final assembly and check-out lines – possibly in Italy and/or the UK – could also prove thorny issues.

Meanwhile, the US Army is pushing ahead on a far-reaching recapitalisation programme, funded mostly by the demise of the Sikorsky/Boeing RAH-66 Comanche programme. Competitions for at least 322 light utility helicopters and up to 33 medium transports under the Future Cargo Aircraft (FCA) programme are expected to be decided in 2006. The FCA has also prompted new interest in light fixed-wing transports from the USAF, which has abandoned the type since retiring its Fairchild C-123 Providers after the Vietnam War. The air force plans to start defining a requirement for a light cargo aircraft that will also address the army’s needs for a short-range, but effective light airlifter.

Operationally, personnel and aviation assets from all three US armed services will be required to maintain a high tempo of operations in support of the Bush administration’s global war on terrorism through ongoing activities in Afghanistan and Iraq. These commitments will also require the continued support of international partners already involved in peacekeeping efforts in both countries.