Airbus has performed the first engine ground run with an A400M Atlas tactical transport for future operator Germany, with the milestone having being reached in accordance with a schedule to deliver the aircraft before the end of this year.

“The four engines on aircraft MSN18 were successfully run simultaneously for the first time on 28 September,” says Airbus Defence & Space, which performed the test at its San Pablo final assembly site near Seville, Spain. 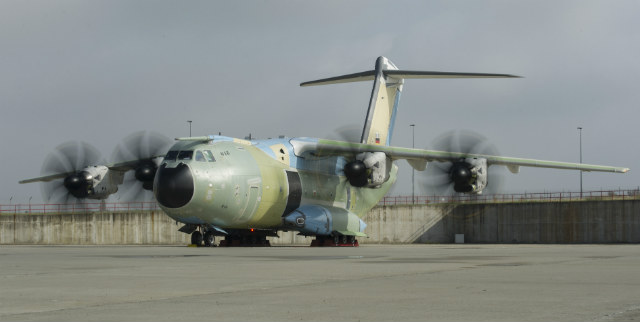 Airbus has previously outlined a plan to deliver the German air force’s first A400M in November. The nation will become the fourth of a current eight customers to receive the Europrop International TP400-D6-engined airlifter, following France, Turkey and the UK. The latter’s Royal Air Force is due to accept its first example, MSN15, in the coming weeks.

Germany’s Luftwaffe will field the A400M as a replacement for its C-160 Transall fleet. Berlin formally has 53 of the new type on order, but has previously indicated that it will only bring 40 of the aircraft into operational use.