Airbus Helicopters has reported steady end-of-year results for 2014, with heavy-class helicopters continuing to dominate its orderbook.

Speaking at a media event in Paris on 27 January, chief executive and president Guillaume Faury said 2014 was “more or less stable in comparison to the previous two years”. A total of 471 aircraft were delivered, compared to 2012 and 2013’s 475 and 497, respectively.

“It is a significant change in mix… there are lots of heavy helicopters required at the moment,” Faury says. “I see this as a trend for a few years to come.”

He points out that the delivery total for 2008 – the company’s strongest year for the past eight years, with a total of 588 helicopters delivered – consisted of approximately 50% light-single helicopters. 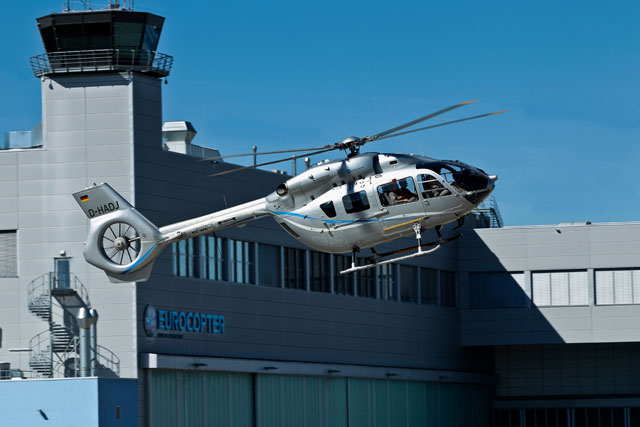 Based on deliveries, Airbus has the largest share of the civil and parapublic sector of the overall market, with 44%, and the fourth-largest military share, with 11%. However, NHI – in which Airbus has a share – holds an additional 6% of the military market.

Faury says the company had a 46% share of the civil market in 2013, and attributes the drop to a decline in light single helicopter orders, “in which we had a very strong market share”.

He maintains that the company has a balanced business portfolio, with a 48% to 52% split between its military and civil business, respectively.

“We see lots of opportunities in 2015 for big military campaigns,” Faury says, noting that 2014 did not offer many that the company would wish to bid for.

NHI's orderbook has also declined, and the company “will perform a backlog adjustment of 33 NH90s”, Faury says. This includes the removal of 23 aircraft for Spain from its original 45-strong requirement, and the cancellation of a Portuguese requirement for 10 aircraft. 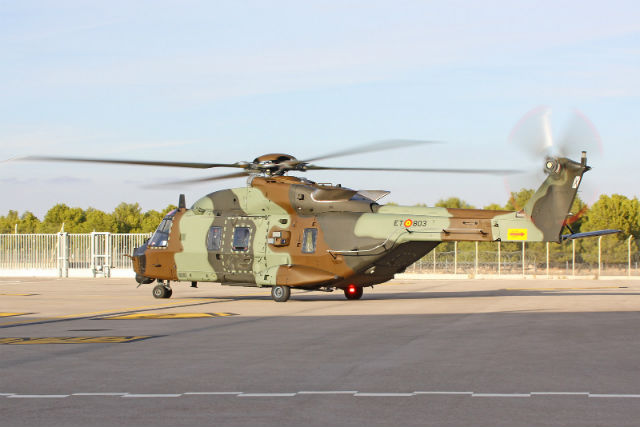 Notably, a reduction in the number of German NH90s on order does not come into the adjustment, as negotiations on the change in the contract have not yet been finalised.

Qatar – which has a requirement for 22 NH90s – is expected to make a decision on the purchase in the next 12 months, and commercial and contractual conversations are under way.

“We have certified, delivered and introduced into service three new helicopters,” Faury adds, with the airframer having launched the 7t EC175, the medium EC145 T2 and the EC135 T3/P3 variants.

2015 will also see progress made with Airbus’s medium-class X4 helicopter prototype. A full-scale model will be revealed at the Heli-Expo exhibition in Orlando in March. “X4 is already a reality – we have a prototype and this helicopter will fly in 2015,” Faury says.

Meanwhile, Faury comments: “The drop in [the price of] oil is affecting the aerospace industry We have 15% of our business linked to oil and gas opportunities. There is pressure on cost… and exploration projects are being revised.”

However, the foreign exchange rate for the euro is working in the company’s favour, as it is currently stronger against foreign currencies it previously did not fare well against.

Regarding the political tensions between Europe and Russia, Faury notes that there has been “a drop in activity”, and EC175 deliveries to UTair Aviation have been suspended until the company receives “more clarity on what is going to happen”.

Fourteen of the type are on order for the company, according to Flightglobal’s Ascend Fleets database, with options for 15 more.