Airbus Helicopters has secured its first order for the search and rescue variant of its 7.5t H175 with a seven-unit deal from Hong Kong’s Government Flying Service (GFS).

Deliveries of the Pratt & Whitney Canada PT6-powered rotorcraft will begin towards the end of 2017 with a first batch of three H175s, and the remainder will follow in 2018.

The deal means that Airbus Helicopters has now received commitments for all three variants of the H175, with the oil and gas model already in service and a VIP version in development. 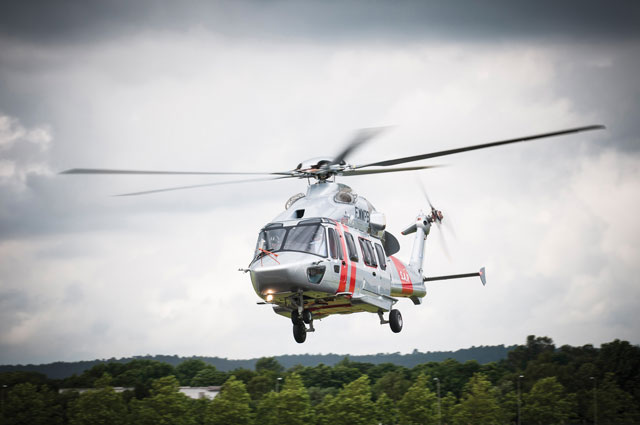 It is also the H175’s first victory in a SAR competition against AgustaWestland’s rival AW189 super medium, which has been selected for operation in the UK but has yet to enter service.

GFS’s H175s will be fitted with an in-built electro-optical system for observation and tracking, along with an enhanced digital map display, both managed from an operator’s console in the cabin. Other mission equipment include dual hoists, loudspeakers, a searchlight, and steerable external lighting.

GFS is already an operator of several Airbus Helicopters types, including three AS332s and four H155s.

Development of the SAR variant will also enable operators of the oil and gas model to quickly switch between roles, says Airbus Helicopters.