The US Army intends to purchase 11 more Airbus UH-72A Lakota helicopters for pilot training at its Aviation Center of Excellence at Fort Rucker, Alabama.

The army has not yet awarded a contract to Airbus, but posted a sole-source requirement notice online on 30 August stating that it intended to do so. The service anticipates the aircraft will be delivered to support pilot training by fiscal year 2021.

The helicopters are assembled in a facility in Columbus, Mississippi, and are a military version of Airbus Helicopters’ light twin-engined EC145. Airbus boasts that the helicopter is 30% to 50% less expensive to fly than a Sikorsky UH-60 Black Hawk. 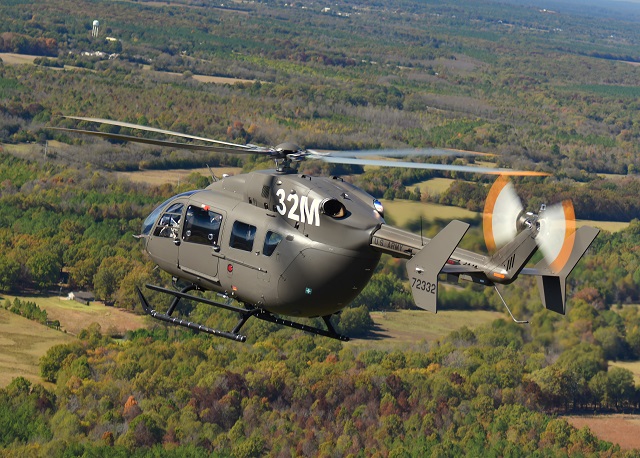 The Lakota was initially acquired in 2007 by the US Army to replace the Bell UH-1 Iroquois for peacetime support missions. In 2014, the army decided to buy 155 more UH-72As to replace the Bell TH-67 Creek trainer and to supplement its light utility helicopter fleet. Airbus Helicopters has delivered more than 400 of the type to the service since 2006.

The army says it does not intend to procure Mission Equipment Packages for this order of Lakotas.

The pending order comes after Airbus Helicopters announced in March that it had received a $273 million contract from the army to deliver 35 UH-72As, at the time breathing new life into its manufacturing activity in Columbus, which had run out of orders to fulfill. The company is also interested in producing the H145M variant at the Mississippi site for export to foreign militaries, it told FlightGlobal in July.