US Army officials say they are pleased with the quality of the bids so far received under its future attack reconnaissance aircraft (FARA) programme, with an initial contracting decision anticipated by mid-year.

Declining to be drawn on the number of competing submissions, Brig Gen Walter Rugen, the army's director future vertical lift cross-functional team, says that it anticipates, no later than June, awarding "up to six" contracts for the next development stage.

The relatively small number of contracts available would leave some bidders "disappointed" he says, potentially hinting at the size of the field.

"But I am very pleased with the response across multiple industry partners," said Rugen, speaking at IQPC's International Military Helicopter Conference in London on 5 February.

A further downselect will take place in March 2020, cutting the field to two designs; these prototypes will then face a competitive fly-off in 2023. A formal programme of record is expected in 2024.

Rugen reveals little about the requirements for FARA, but says that the proposals will need to demonstrate "advances in speed, manoeuvrability, agility, lethality and serviceability". In addition, the aircraft should have a "small form factor", of no more than 12m (40ft) wide.

No decision on the size of any potential acquisition has been made, however. "We are studying our doctrine to understand how many we would need," he says.

Conceived as a replacement for the army's retired fleet of Bell OH-58 Kiowa Warriors, the launch of FARA follows a now-abandoned move to use Boeing AH-64 Apaches teamed with Textron Systems RQ-7 Shadow unmanned air vehicles for the armed scout mission.

The U-turn followed the events in the Donbass region of Ukraine in 2014 and concerns that a future conflict would involve "more lethal state-on-state" action, rather than counter-insurgency operations. 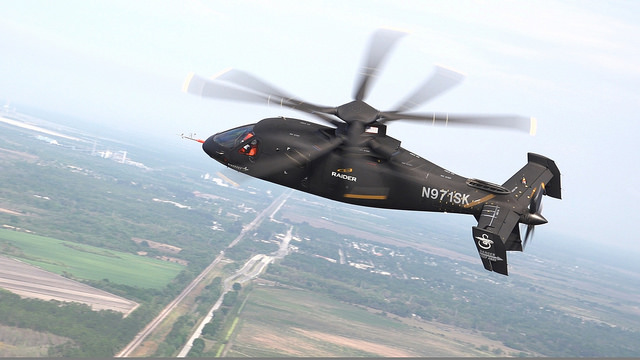 Rugen describes that experiment in manned-unmanned teaming as "a suboptimal solution" given a future adversary's likely capabilities.

Only a handful of companies have so far declared that they are competing for the FARA contract: a combined AVX Aircraft-L3 Technologies team; Bell; and Sikorsky.

Sikorsky is pitching an aircraft evolved from its S-97 Raider technology demonstrator, says Rich Koucheravy, director of business development, future vertical lift at the US airframer.

"It will look like the configuration of the Raider," says Koucheravy, although he notes that some details of the design remain "proprietary".

He believes that the $300 million of its own money Sikorsky has so far invested in the co-axial-rotor, pusher-prop equipped S-97 – as well as another $15 million on the X-2 helicopter on which it is based – will enable it to meet the army's demanding timeline.

"We need to build a production-representative prototype by 2022 – that's a rather ambitious schedule, it is less than three years from contract award.

"It is not going to be a simple thing, but our Raider has been leading the way since 2012; we have tremendous confidence in the basic design."

Ruger confirms that an eventual production helicopter will be powered by the GE Aviation T901 3,000shp (2,200kW) engine recently selected for development under the US Army's ITEP programme.