The US Marine Corps (USMC) plans to retrofit its two Kaman K-Max helicopters with additional autonomous capabilities to further cargo delivery experimentation with the aircraft.

The USMC’s first experiment with the K-Max was in Afghanistan in 2011, where the helicopter completed the service’s first unmanned air vehicle (UAV) cargo delivery in a combat zone. After the initial trial run proved successful, the helicopters flew for three years and delivered 2 million kilogrammes (4.5 million pounds) of cargo. In 2016, the helicopters were transferred to MCAS Yuma in Arizona for further experiments. 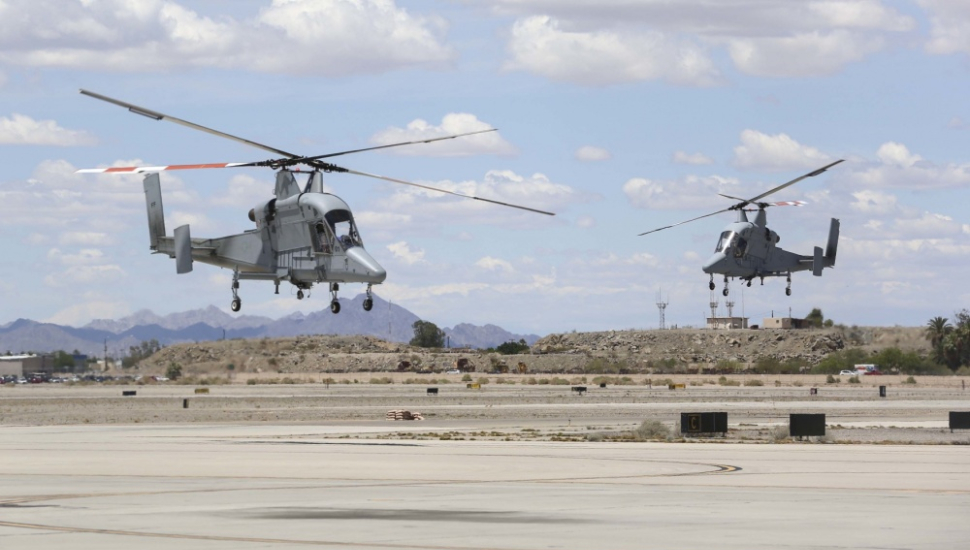 “We are trucking them back to Connecticut to get them flying again and having them retrofitted with the systems that will make them autonomous,” he says. “We hope to get them back next year. And that will allow us to go back and experiment more with autonomous systems.”

In response to a question about how the USMC plans to operate with fewer personnel in light of persistent pilot shortages, Rudder highlighted the K-Max autonomy research project, as well as the service’s Marine Air Ground Task Force – Unmanned Expeditionary Capabilities (MUX) programme.

“Sometimes there is nothing unmanned about unmanned [air vehicles]. Some of our more precious assets right now are our folks that fly our unmanned systems,” he says. “So, autonomy is key in trying to eliminate that human link in that.”

The USMC’s unmanned K-Max previously flew using an autonomous flight control system developed jointly by Lockheed Martin and Kaman. In March, Kaman announced that it would be offering its own autonomous flight control kit to be retrofitted to manned versions of its helicopter. It is not clear what autonomy system the USMC would be using. Lockheed Martin and Kaman did not immediately respond to requests for comment.

Originally built as a commercial helicopter to perform repetitive external lifts of up to 2,722kg of cargo, the Kaman K-Max has two sets of intermeshing rotor blades. It is also used for firefighting, logging, power line construction and disaster relief missions.