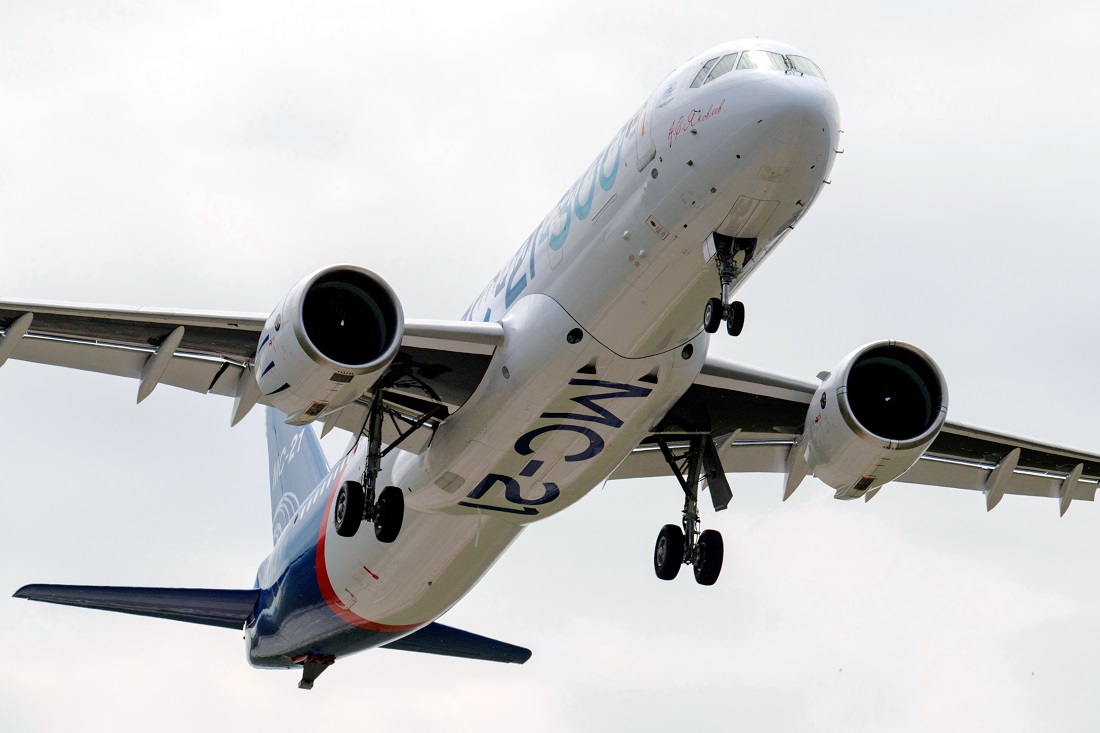 It adds that the flightplan "included checking of in-flight stability and controllability, and also the controllability of the powerplant". The MC-21 is equipped with Pratt & Whitney PW1400G engines.

"During the flight, a simulated landing approach was performed, followed by a flight over the runway, climbing and turning," says Irkut. "This technique is typical for the maiden flight of new types of aircraft." 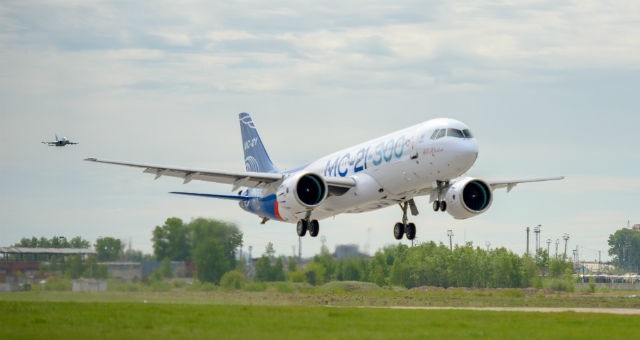 "Flight mission is accomplished," states Kononenko. "The flight went in the normal mode. There are no obstacles revealed preventing the tests' continuation."

Taskayev notes that "characteristics and operational modes of the powerplant are confirmed" and that "all aircraft systems operated without glitches". 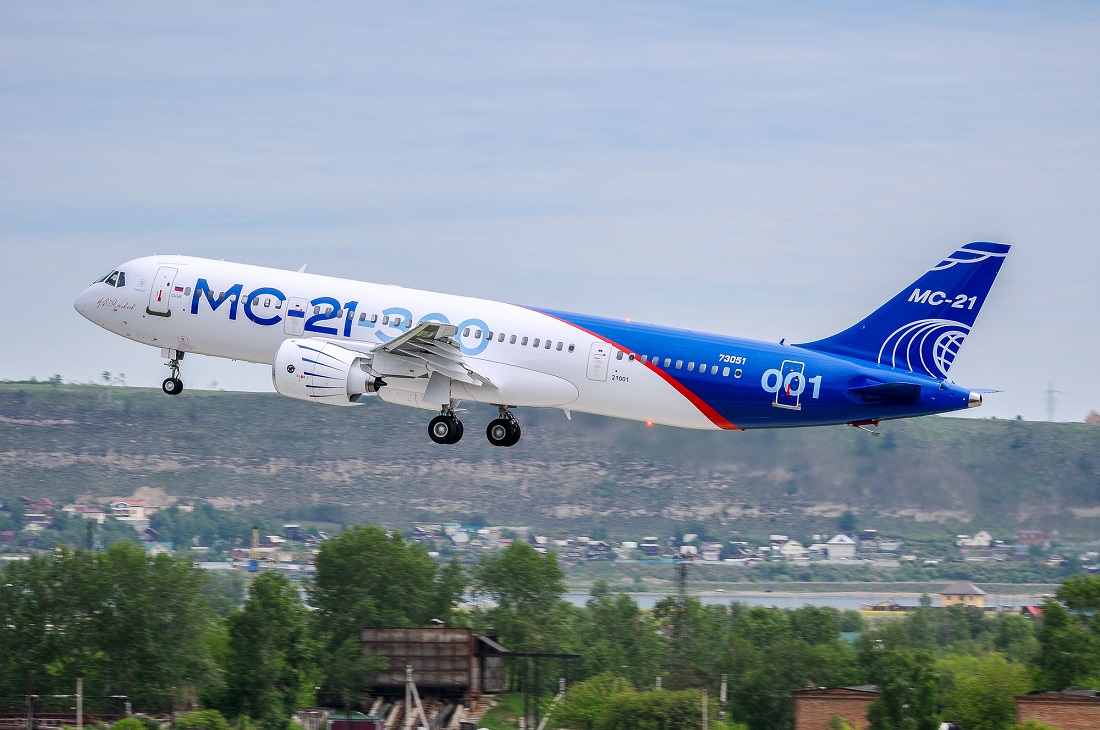 Yuri Slyusar, president of Irkut parent United Aircraft (UAC), describes the flight as "an important stage in the formation of the new UAC industrial model". He points out that the MC-21 project is a "wide co-operation" involving a number of UAC entities: AeroComposite, the Ulyanovsk and Voronezh manufacturing plants, and an integration centre in Moscow. 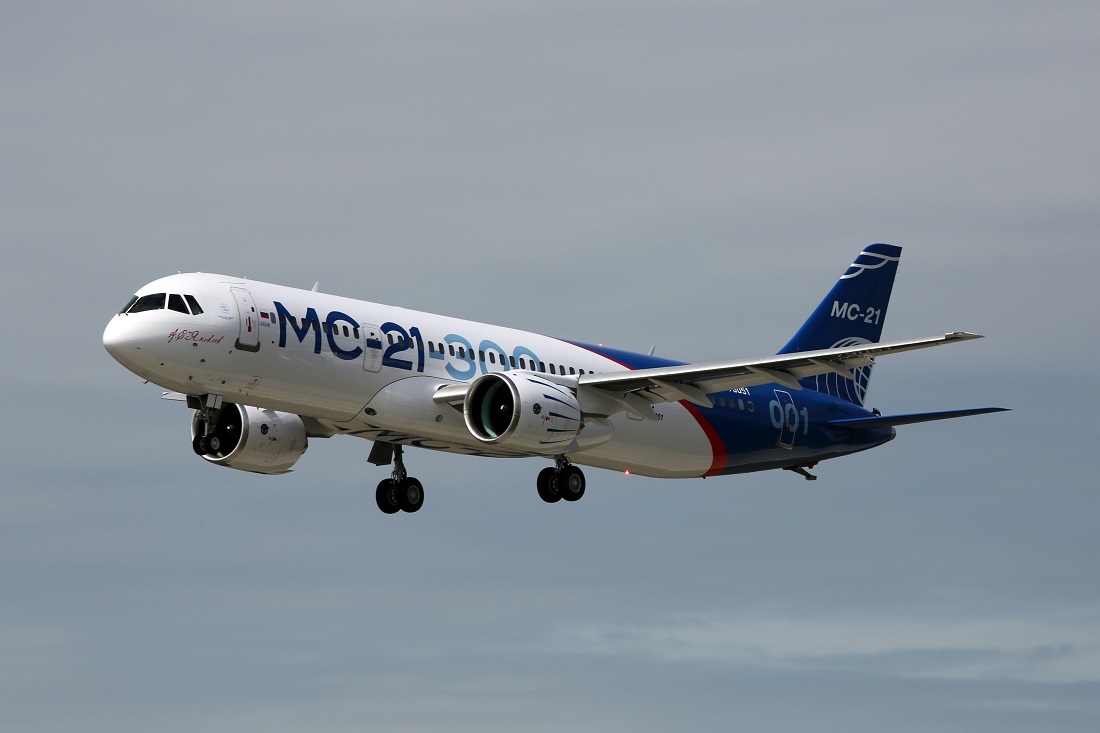 Slyusar estimates "global demand in the MC-21 segment" at some 15,000 new aircraft over the next 20 years. "I'm sure the airlines will appreciate our new aircraft," he states. 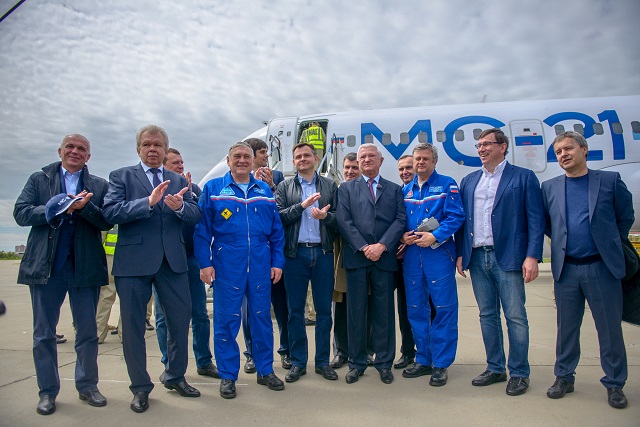