India’s defence ministry has released a fresh request for information (RFI) for reconnaissance and surveillance helicopters (RSH) to be acquired for the nation's army and air force.

The new request has been issued with the aim of “identifying probable Indian vendors who can provide the helicopters followed by licensed production/indigenous manufacture in the country.” Responses are sought by 23 December only from Indian vendors, including companies that have established a production arrangement with original equipment manufacturers.

New Delhi's Defence Acquisition Council in August cancelled a contest that had been under way since 2008 to equip the army and air force with a respective 133 and 64 light rotorcraft. It opted to restart the process under the “buy and make (Indian)” procurement category. Remaining candidates for the previous requirements were the Airbus Helicopters AS550 C3 Fennec and Russian Helicopters’ Kamov Ka-226T. 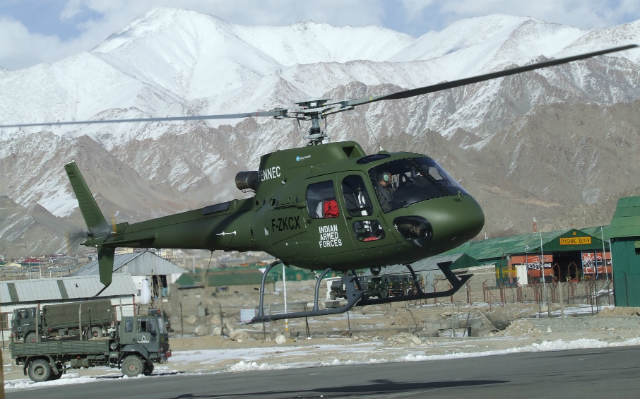 An as-yet-unspecified number of the selected rotorcraft are to be delivered in flyaway condition under the “buy” portion of the programme, ahead of licensed production and indigenous manufacture in India. The RFI says the latter process should begin within three to four years of a contract being signed, with a minimum of 50% indigenous content included.

The helicopters will be required to perform roles including armed reconnaissance, direction of artillery fire, transport of troops or quick-reaction teams for special missions, and scouting in conjunction with attack helicopters or while acting as an airborne forward air controller. Future upgrades are to include obstacle avoidance systems, identification friend-or-foe (IFF) equipment, a datalink, self-protection sensors and an engine exhaust infrared suppressor. There is also a requirement for an air-to-air missile.

India’s military currently operates the Cheetah and Chetak light helicopters, respectively developed from the Aérospatiale SA315B and SA316 Alouette III. Hindustan Aeronautics has built more than 600 examples in Bengaluru since 1962.