The 58,652m2 terminal, built at a cost of Rp2.08 trillion ($149 million), is capable of handling up to 6.9 million passengers annually. Its apron meanwhile can hold 12 aircraft simultaneously, says the airport's operator Angkasa Pura I (AP I).

The new facility replaces the previous 6,702m2 terminal, which could only handle up to 800,000 passengers per annum, and accommodate up to six narrowbodies and two turboprops at any one time.

Construction of the new terminal falls under the airport's first phase of expansion, which took place over a four-year period from 2014. The second phase, which begins this year, will last till 2027.

Under the second phase, the terminal's size will be expanded to 70,000m2, allowing its handling capacity to increase up to 8.7 million passengers annually. Its apron will also be expanded to handle up to 17 aircraft.

In addition, a cargo terminal will be built, along with a parallel taxiway and a rapid exit taxiway.

FlightGlobal schedules data shows that, in terms of seats offered, Garuda Indonesia is the largest operator out of the airport. Lion Air, Citilink, Batik Air, and Nam Air are the next four largest operators. Semarang is connected to 14 domestic destinations, with Kuala Lumpur and Singapore being the two international destinations. 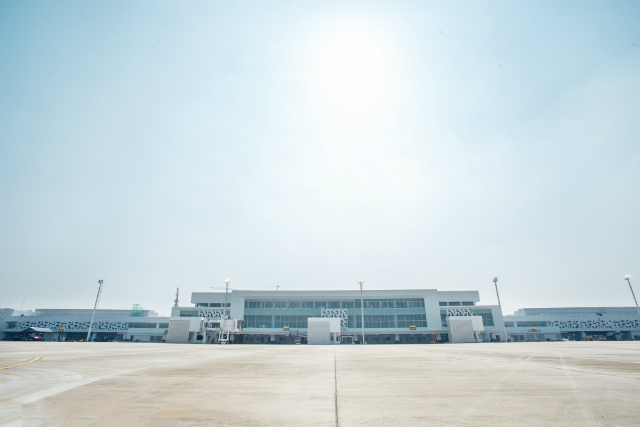