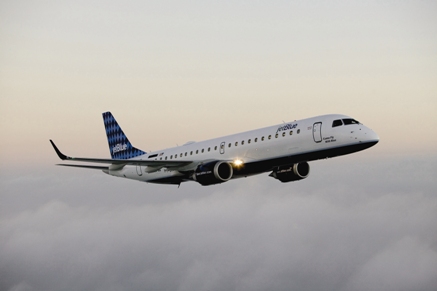 The US low-cost carrier is scheduled to take delivery of eight E-190s this year and a further 18 in 2006. The aircraft are set to enter service on November 1, although the carrier has yet to announce which markets will be served.

JetBlue does, however, say that for 2005 the E-190s will be focused on cities it already serves with its Airbus A320s.