Loch Lomond Seaplanes has taken delivery of a new Cessna 208 Caravan amphibian. The $2.7 million, single-engined turboprop touched down at the operator's base near Glasgow, Scotland on 24 April, following a four day, seven-leg, 4,350nm (8,050km) flight from Wipaire’s headquarters in South St Paul, Minneapolis – where the Caravan's floats were installed. Textron flew the all-metal single to Minneapolis from its Wichita, Kansas manufacturing base.

The nine-seat Caravan will help Loch Lomond – the UK’s only amphibious air taxi provider – fulfil its long-held ambition to expand into the English market. 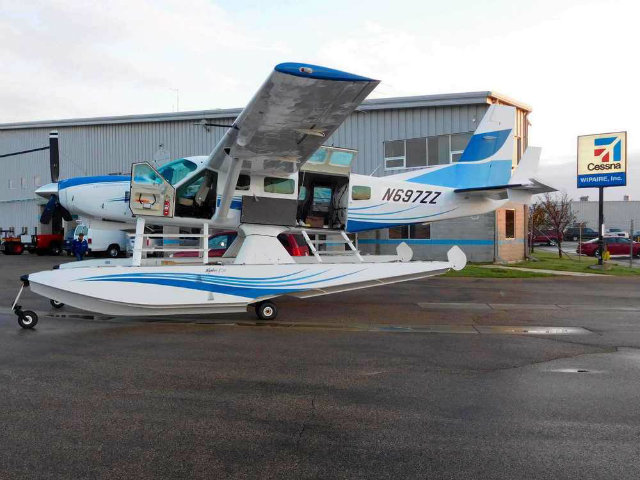 “I am hoping the UK CAA [Civil Aviation Authority] will issue a certificate of airworthiness for the Caravan very soon. Then we can get going,” says company founder and chief pilot David West.

Loch Lomond’s first foray into England is through a partnership with luxury resort Osea Island. The operator will transport Osea's guests to the island retreat, situated off the UK’s southeastern coast.

Loch Lomond eventually plans to establish bases throughout the UK, with the southwest and London “much sought-after destinations”, says West.