Lockheed and Roketsan shoot for SOM-J first flight in 2017

Lockheed Martin and Turkish missile maker Roketsan hope to flight test the new-generation SOM-J cruise missile on a Turkish Lockheed F-16 fighter in 2017, ahead of integration for internal carriage on the Lockheed F-35 in one of its Block 4 software loads.

The two companies formalised a teaming agreement for the new missile last October, and in a contract signing announced on 16 September, Lockheed and Roketsan committed to move forward with joint development and integration of the missile.

The 100nm (185km)-range air-to-surface standoff cruise missile has been adapted from Roketsan’s larger Stand Off Missile (SOM), and will be carried internally in the F-35. It is in a similar class to Norway’s Kongsberg Joint Strike Missile. 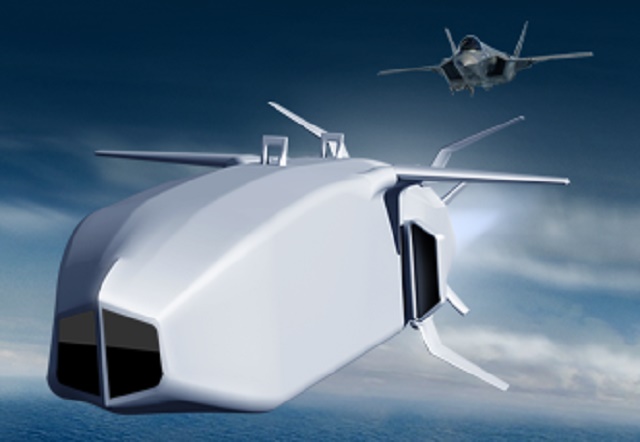 In an interview with Flightglobal this week, Lockheed Martin Missiles and Fire Control’s director of strike systems Alan Jackson said the weapon is planned to be an F-35 Block 4.2 capability.

“SOM-J is a variant of an existing, larger SOM missile that is flight certified and in production in support of the Turkish F-4 and F-16 programmes – external carriage,” he explains. “We’re going to take elements of that design and adapt it to the SOM-J weapon – a smaller airframe that will fit inside the conventional take-off and landing F-35A and carrier variant F-35C.

“We’ll have this into flight test and certification in rapid fashion. Our objective is to be flight testing off the Turkish F-16 by 2017.”

The current SOM weapon began service with the Turkish military in 2011, after five years of research and development. It carries a 227kg (500lb) warhead. The weapon has an imaging infrared seeker and is GPS-guided, with terrain referencing and image-based navigation.

“Offering SOM-J to the international F-35 marketplace will bring critical business to Turkey and provide an important capability to allied nations,” Emin Alpman, chairman of the board at Roketsan, says.

“Our goal is to make this one of the weapons of choice for the F-35,” Rick Edwards, executive vice-president for Lockheed Martin Missiles and Fire Control, said during the DSEI exhibition in London on 16 September – where Roketsan displayed a half-scale model of the SOM-J. Lockheed also will “actively support selling this to the USA,” he adds.