Lockheed Martin is taking the wraps off its submission for the US Navy's prospective unmanned carrier launched airborne surveillance and strike (UCLASS) aircraft at the Navy League's Sea-Air-Space Exposition in Washington DC.

According to Lockheed, the bat-wing stealth aircraft, formerly referred to as the Sea Ghost, integrates proven technologies from previous manned and unmanned developments. The company is stressing an open architecture design and the "maximum reuse of hardware and software".

As such, Lockheed's UCLASS proposal bears a strong family resemblance to the company's RQ-170 Sentinel unmanned aircraft, which is being flown by the US Air Force. Technologies from the F-35 programme have also been integrated into the aircraft.

Lockheed says that its UCLASS submission would be adaptable across the whole spectrum of military operations, from counter-terrorism to carrier-based strikes. "Enabling operations in any scenario - and in any environment," the company says. 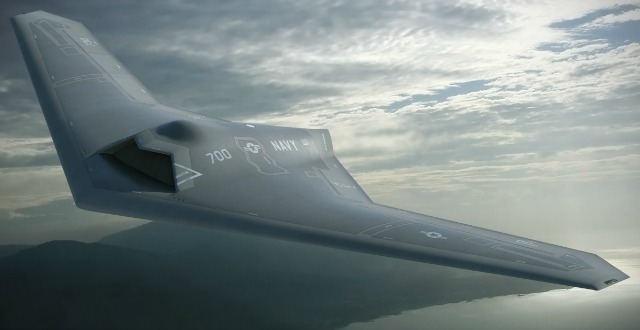 To operate in those disparate environments, the aircraft will have "multi-spectral stealth, as well as emissions and bandwidth management to defeat detection and enable mission success", Lockheed says.

The company also claims that its UCLASS design will reduce manpower requirements because a single operator would be able to operate multiple aircraft. In recent weeks, the USN has announced its intention to fund four companies to design new unmanned air vehicles for the UCLASS programme. Boeing, General Atomics Aeronautical Systems, Lockheed Martin and Northrop Grumman "have credible, existing, comprehensive UCLASS design solutions, and associated production capabilities and facilities" to design UAVs through the preliminary design review phase, the USN says.

The pre-solicitation, announced on 26 March, is the first step towards securing funding for the carrier-based strike and surveillance aircraft. A full solicitation is likely to go out "in the summer timeframe", says the USN.

The first UCLASS aircraft are planned for production beginning in fiscal year 2016, following a likely down-select to a single manufacturer.