The two Rolls-Royce-powered Boeing 757-200s parked side-by-side at MEBAA may look similar from the outside but they are very different beneath the skin. One is equipped with a luxury cabin for the corporate charter market while the other serves as a flying testbed. 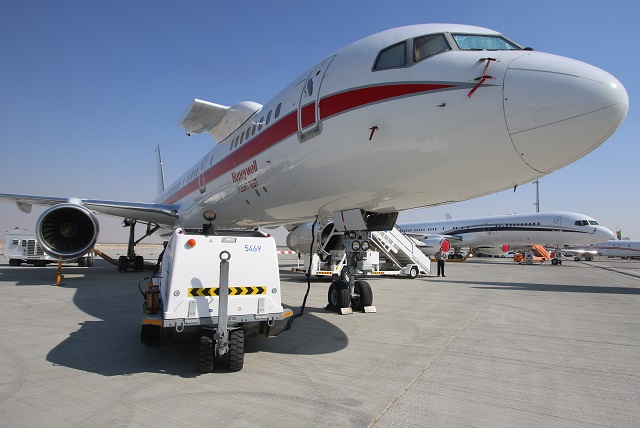 The VIP-configured aircraft (N757AG - below) is operated by US charter company Funair, according to Flight Fleets Analyzer. Its interior, which Jet Aviation Basel installed in 2012, features a luxury seating area in the forward cabin, a large suite incorporating a double bed and bathroom/shower, and additional suites and seating aft. The aircraft can accommodate up to 39 passengers and serve up to 21 in full-flat beds. 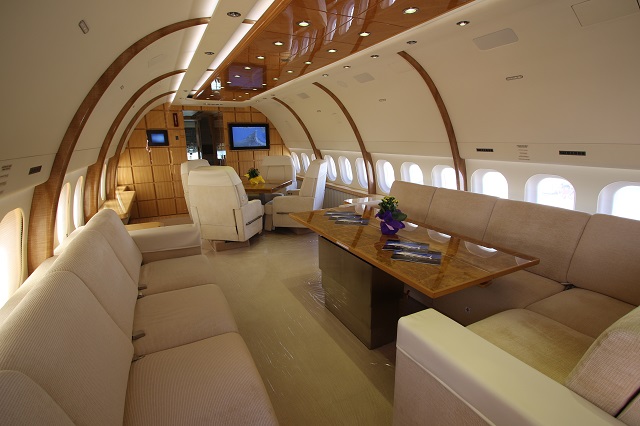 The other aircraft (N757HW - below) is used by Honeywell as a “flying science laboratory” for its aerospace technology, and its role includes the flight-testing of engines. 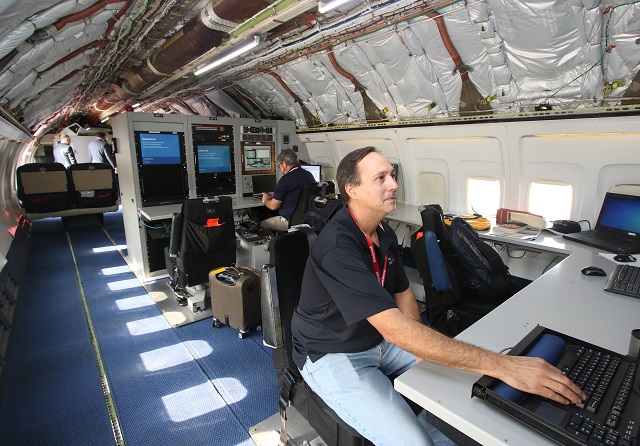 After acquiring the former airliner in 2005, Honeywell spent several years modifying it into a flying testbed. Its interior is equipped with test stations which allow engineers to handle and monitor systems during trials. One of its most obvious modifications is the installation of a fuselage-mounted pylon on the starboard side to enable in-flight testing.

“The pylon is 'installation-neutral’ so our testing is validated for each of our customers’ aircraft,” says Honeywell flight-test engineer Ian Bell.

The largest engine tested on the 757 so far is the HTF7000 series, which powers a number of midsize business jets.The aircraft is currently flying trials of a KA-band antenna for Inmarsat's GX Aviation high-speed in-flight connectivity.