​MetroJet A321 crashes in Sinai while en route to St Petersburg

An Airbus A321 operated by Russian carrier MetroJet that disappeared from radar earlier today while en route to St Petersburg has crashed in central Sinai, the Egyptian government has confirmed.

The aircraft – which, BBC reports, was carrying 217 passengers and seven crew – appears to have crashed shortly after reaching cruise altitude following departure from Sharm el-Sheikh in Egypt.

Live flight-tracking service Flightradar24 has published data that indicates the A321 suddenly descended from its cruising altitude of 31,000ft at 04:13 GMT, approximately 25min after take-off.

The A321 was bound for St Petersburg's Pulkovo airport. 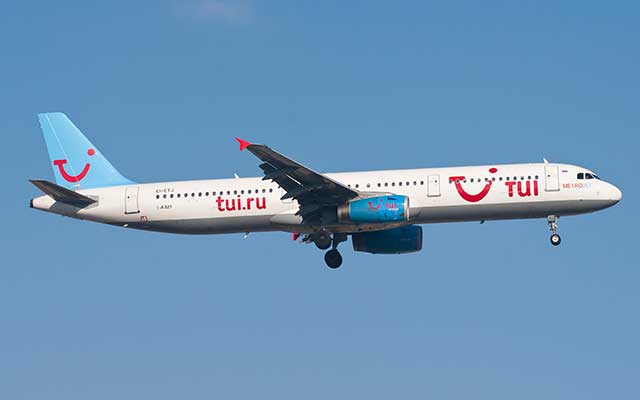 Unconfirmed news reports suggest that the wreckage has been located in Sinai. Airbus confirms that it is aware of media reports about the accident and says it will provide "more information as soon as available".

The airline operator is being reported as Kogalymavia, which is also known as MetroJet. This relaunched charter airline is based at Kogalym in Russia's Khanty-Mansi Autonomous Okrug region, its Flightglobal Dashboard profile shows. It operates leisure flights to holiday destinations from several Russian cities.

Flightradar24 identifies the aircraft involved in the accident as EI-ETJ. Flightglobal's Fleets Analyzer database shows that this is an 18-year-old International Aero Engines V2500-A5-powered A321-200 leased from AerCap. It is one of five A321s operated by MetroJet. Fleets Analyzer also lists two Bombardier Challenger 850s in the airline's operational fleet.