Air Baltic has decided to establish in-house base maintenance capabilities as it moves to an all-Airbus A220 fleet.

The Latvian airline plans to recruit some 50 technicians to start C-checks on the twinjets later this year, it says.

At its Riga base, Air Baltic already conducts A-checks on its fleet, which also includes Boeing 737-300/500s and Bombardier Q400 turboprops.

Cirium's Fleets Analyzer shows that Air Baltic has 14 A220-300s in service, another 36 on order, and further commitments for up to 30 more. 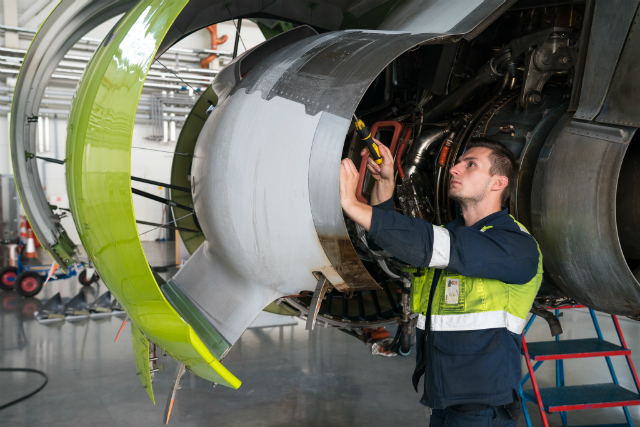 The airline tells FlightGlobal that it intends to build additional maintenance facilities in Riga as the fleet expands, but has not detailed the plan.

Both licensed aircraft engineers and unlicensed technicians are being recruited by Air Baltic, and it plans to establish a technical apprenticeship scheme.

Online job ads indicate that the airline is planning to recruit further technicians in 2020.

Application deadlines for various technical positions have been set for March, April and December 2019.