Germany's air force has taken delivery of a former Lufthansa Airbus A321 that has been converted by the airline's maintenance division for government flights and other missions.

Lufthansa Technik says the 18-year-old twinjet was acquired, overhauled and converted under a contract with Berlin's BAAINBw military procurement and support body, with a total value of around €90 million ($106 million). 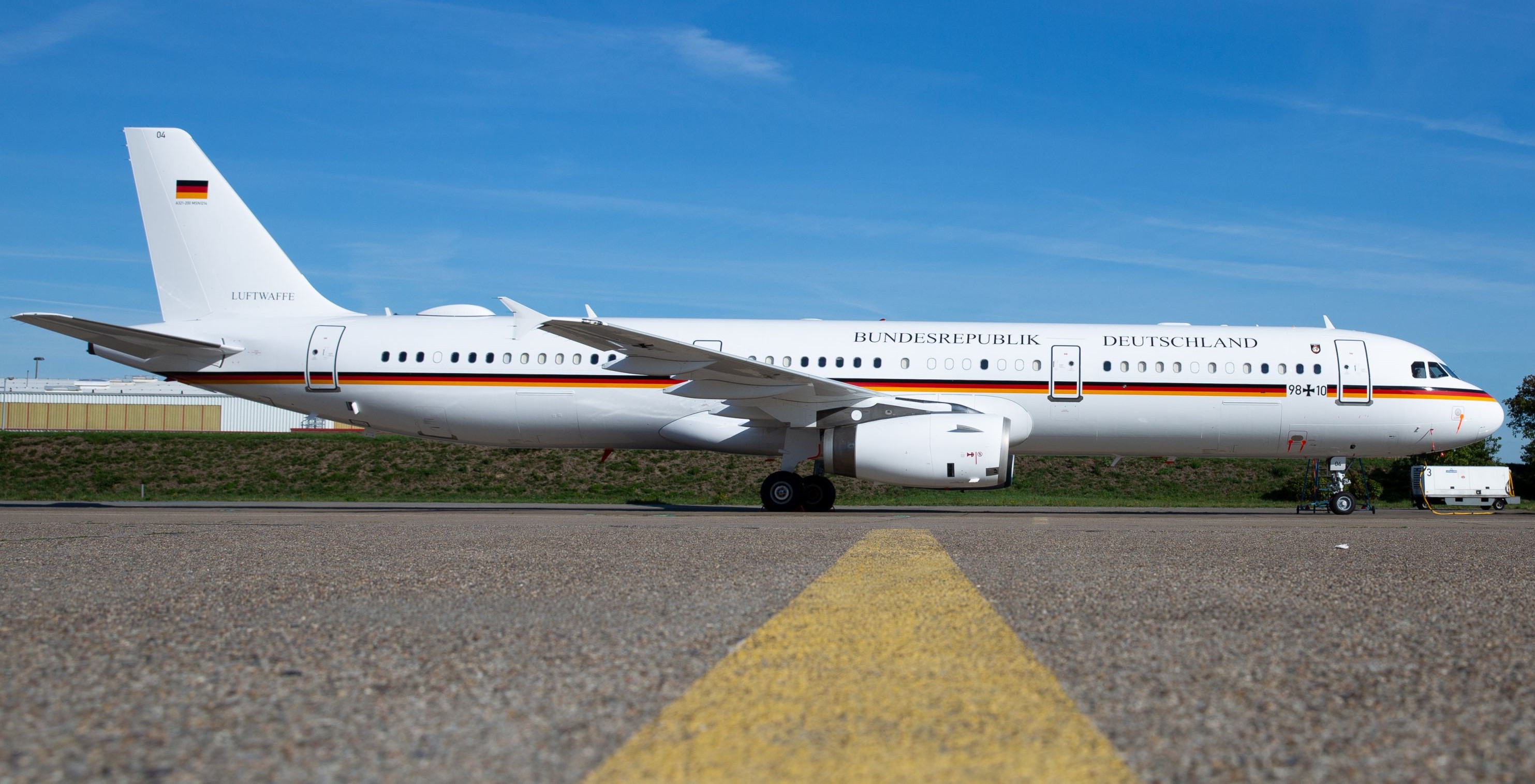 During an 18-month layover, the aircraft was equipped with two additional fuel tanks to increase range to about 2,700nm (5,000km), another water tank, a VIP cabin and additional antennas for extended communications.

The cabin has been configured with a VIP area for 14 passengers and delegation area for 70 and is "strongly based on the modern and functional design" of A319s and A340 aircraft already deployed by the Luftwaffe's Special Air Mission Wing.

LHT says the delegation area has been designed for conversion into a flying ambulance station with medevac facilities, including additional oxygen and power supplies.

In total, the aircraft received 180 modifications, and its take-off weight has been increased by 4t, the MRO specialist says.