Vallair picks up ex-AtlasGlobal A321 for part-out

European aircraft asset specialist Vallair has purchased an Airbus A321 most recently operated by Turkish carrier AtlasGlobal, intending to part-out the twinjet.

It has identified the airframe as MSN1008 which was originally delivered to Japanese carrier All Nippon Airways in 1999.

The jet was fitted with International Aero Engines V2500 powerplants.

Vallair says the aircraft will be “fully disassembled” at its facility in Montpellier, in southern France.

Spares from the twinjet will be made available for sale from the fourth quarter of this year, says director of material management Armando Filho.

“Part of the group’s strategy is to build and sustain a good-quality spares hub in France,” he says.

“We are fully committed to supporting this aircraft type for airlines, lessors and asset managers.”

Vallair, which is closely involved in conversion of passenger A321s to freighters, says the aircraft was being managed by aviation investment platform TrueAero. 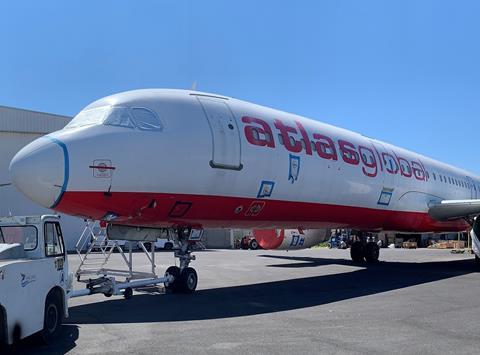