The UK Prime Minister has pledged some 1,000 British troops in support of a quick reaction “spearhead force” that would be stationed in eastern Europe to protect against Russian advancements, should the implementation details be finalised at the NATO summit in Newport on 5 September.

During his opening remarks on the second day of the summit, David Cameron said the alliance is negotiating establishing a rapid reaction force that could deploy in two to five days, in response to the actions of Russia in its advancement into Ukrainian territory. Such a force would preposition equipment in eastern Europe in anticipation of a conflict, and would be headquartered out of Poland. The UK has also pledged that 3,500 British troops will partake in joint training exercises with NATO to prepare for potential conflicts over the next two years.

“To support our eastern European members we must be able to act more swiftly,” Cameron says. 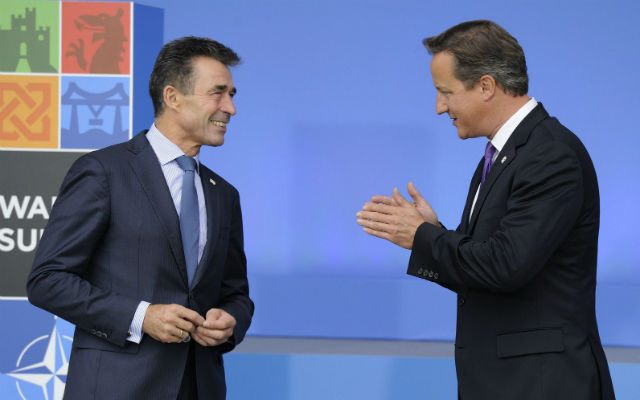 This would have to be a quick-reaction force, because under a treaty that NATO signed with the Russian government after the Cold War, it promised that it would not have a permanent basing out of any of the former Warsaw Pact states.

Cameron’s declaration came as part of a three-part pledge which also included the UK extending partnerships across the alliance as well as calling on members to earmark 2% of their GDPs to defence, including spending 20% of that on equipment.

“This issue of equipment is as important as the amount of money spent,” Cameron notes.

Prior to the summit, on 3 September, UK defence minister Michael Fallon communicated the same message to the Royal United Services Institute in London, but said that research should also count within the proposed 20% equipment spend.

“We’re urging all allies to spend 20% of their defence budgets on new equipment, research and development of capabilities,” he said.