The Quest Kodiak is well proven in backwoods missions operating in difficult conditions – and the company’s demonstrator aircraft put its capability claims to the test on its way to this year’s NBAA.

The Quest team was on the way from Sandpoint, Idaho to Orlando, the day after Hurricane Michael’s devastating hit on the Florida Panhandle. Like many who saw the shocking results, they wanted to help. With the Kodiak, they were able to. 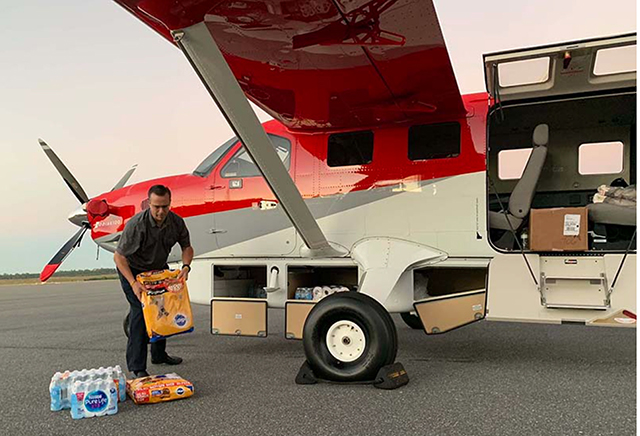 The high-wing turboprop hauled in hundreds of kilos of water, towels, blankets and dog food – items requested by the organisations on the ground – to help with shortages currently faced by shelters in the hardest hit areas.

They took the mayor of Tallahassee and other government officials to see the destruction for themselves and to direct relief efforts.

Observing the destruction from the air is vital for the emergency responders on the ground, the company says. The Kodiak then brought Red Cross workers from Tallahassee to Panama City to expedite the time they would have on the ground, helping with the efforts in the worst hit areas.

The Kodiak can been in the exhibition hall on booth 4694.