Boeing has changed the wingtip design of the 737-based P-8A Multi-mission Maritime Aircraft (MMA) under development for the US Navy, following concerns about icing of the original 737-standard blended winglet at the MMA's lower, in-weather operating altitudes.

The MMA will fly routinely at 10,000-15,000ft (3,000-4,600m), where ice could build up on the winglets and degrade performance. The raked wing extension will be anti-iced to the tip, and the performance benefit of the raked wingtip will be the same as for the blended winglet, says Boeing, adding there is no cost or schedule impact. 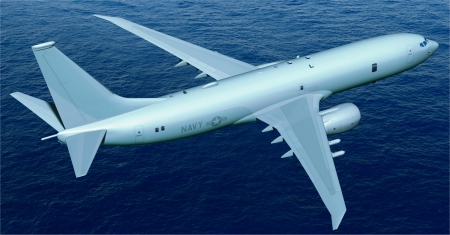 Before winning the MMA competition last year, Boeing switched to a longer-range 737-800ERX airframe that combines the longer -800 fuselage with the heavier-gauge wing and landing gear planned for the -900X. The US Navy plans to buy 108 MMAs to replace its Lockheed Martin P-3C maritime patrol aircraft.