New York State and Delta Air Lines are partnering on the redevelopment of New York LaGaurdia airport, under an ambitious plan to replace the majority of the airport’s terminals by 2021. 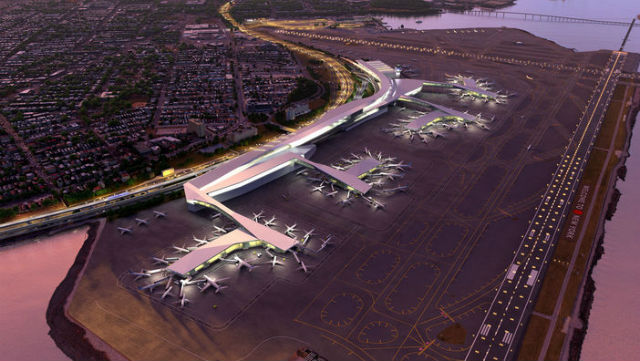 Unveiled by New York governor Andrew Cuomo on 27 July, the roughly $4 billion plan calls for replacing terminals B, C and D with a single unified terminal and four “island” – or remote – piers. The Marine Air Terminal, or terminal A, would be connected to the facility via a new automated people mover.

Bridges will connect the piers to the terminal 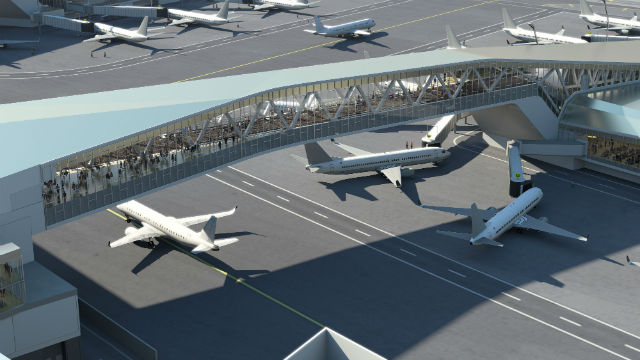 The project will add new taxiways at LaGuardia, which is expected to improve aircraft congestion. It is unclear whether it will increase the number of gates from the current 67 in terminals B, C and D.

The project also includes space for a future rail connection to the New York subway system.

Private concessionaire LaGuardia Gateway Partners will be responsible for the reconstruction of terminal B, also known as the Central Terminal Building, while Delta will take charge of the redevelopment of terminals C and D, the governor’s presentation shows.

“The initiatives announced today are aligned with our on-going commitment to providing an exceptional experience for anyone traveling through New York for business or pleasure,” says Ed Bastian, president of Delta, in a statement.

The redevelopment of LaGuardia is sorely needed. The facility has long been seen as poor gateway to New York City, with US vice-president Joe Biden calling it a “third world airport”. The last expansion was the opening of terminal C in 1992 while terminal B dates to the mid-1960s.

“We are transforming LaGuardia into a globally-renowned, 21st century airport that is worthy of the city and state of New York,” says Cuomo.

The governor took charge of plans to redevelop LaGuardia in January 2014. He promised to speed the project and a unified design vision at the time.

The redevelopment will occur in phases with construction expected to begin on terminal B in 2016 with completion scheduled in 2019. Construction on terminals C and D is scheduled to be complete by 2021.

Final approval of the LaGuardia plans are expected from airport operator the Port Authority of New York and New Jersey (PANYNJ) in the first half of 2016.