The $13 billion south and north terminals will replace terminals 1, 2 and 7, increasing passenger capacity at the airport by at least 15 million annually and adding space for larger aircraft, like the Airbus A380 and Boeing 777X, details released by New York governor Andrew Cuomo on 4 October show. 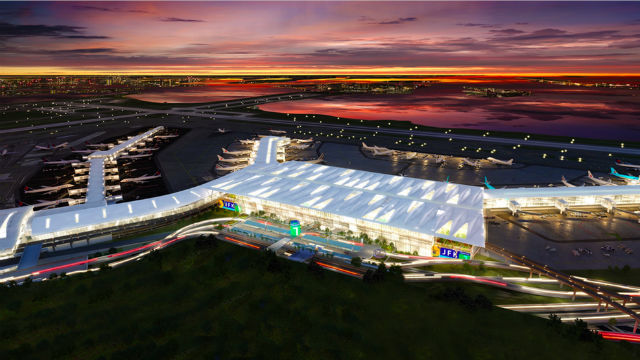 The 23-gate south terminal will replace terminals 1, 2 and the former terminal 3 site with a new 372,000m2 (4 million square feet) facility connected to terminal 4. The facility will be developed by Terminal One Group, which is owned by Air France, Japan Airlines (JAL), Korean Air and Lufthansa, and operated by Munich Airport. 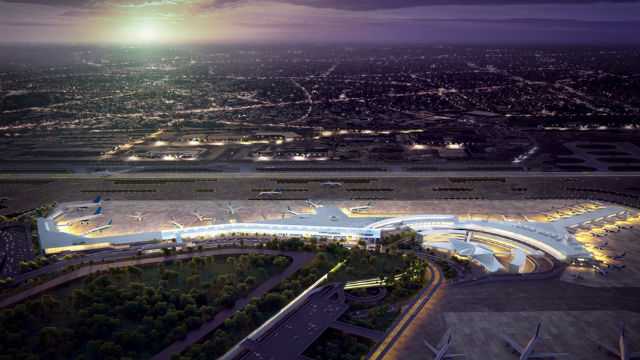 The 12-gate north terminal will be a 111,000m2 extension of terminal 5, replacing terminal 7 and the former terminal 6 site. JetBlue Airways will develop and operate the facility.

"JetBlue has been doing its part to transform JFK airport since our first flight 18 years ago," says Robin Hayes, chief executive of the New York-based carrier. "Building on the success of JetBlue's award-winning JFK terminal 5, we look forward to creating a more unified world-class airport experience across terminals 5, 6 and 7."

Plans also call for a future "central hub" at the centre of JFK, however, this is still in the planning process.

Work on the south and north terminals is expected to begin in 2020, with the first gates opening in 2023 and substantial completion occurring in 2025.

Cuomo first sought to redevelop JFK as a unified and "world-class" facility in 2014, seeking proposals from developers in January 2017.

The upgrades are planned as part of a larger slate of transportation works around New York City, including two new terminals at LaGuardia airport and the new Tappan Zee bridge that opened in 2017.

The Port Authority's board must approve the plans, and negotiations with impacted airlines and terminal operators are ongoing.

The one exception from Cuomo's plans is terminal 8 operated by American Airlines. The terminal opened in phases from 2005 to 2007, and has room to expand on the adjacent former terminal 9 site.

Cuomo's statement says discussions continue with "other terminal operators" to "further advance the goals of the vision plan".

As part of the works, the Port Authority plans to improve transportation links to JFK, including increasing capacity by half on the AirTrain service that connects it to New York's commuter rail and subway systems.

Terminal One Group and JetBlue will invest $12 billion in the project, with the Port Authority investing $1 billion.