Nok Air reported a consolidated net loss of Bt391 million ($12.4 million) in the first quarter, which it blamed on the low season and a reduction in its fleet size under its turnaround plan.

The loss is a major blowout compared to the Bt1.18 million reported for the previous corresponding quarter.

Consolidated revenue for the three months to 31 March fell 10% to Bt5.45 billion, while expenses reduced 4% to Bt5.84 billion.

On a standalone basis, Nok Air’s net loss rose from Bt32 million to Bt281 million, as revenue fell 20% to Bt3.47 billion for the quarter. 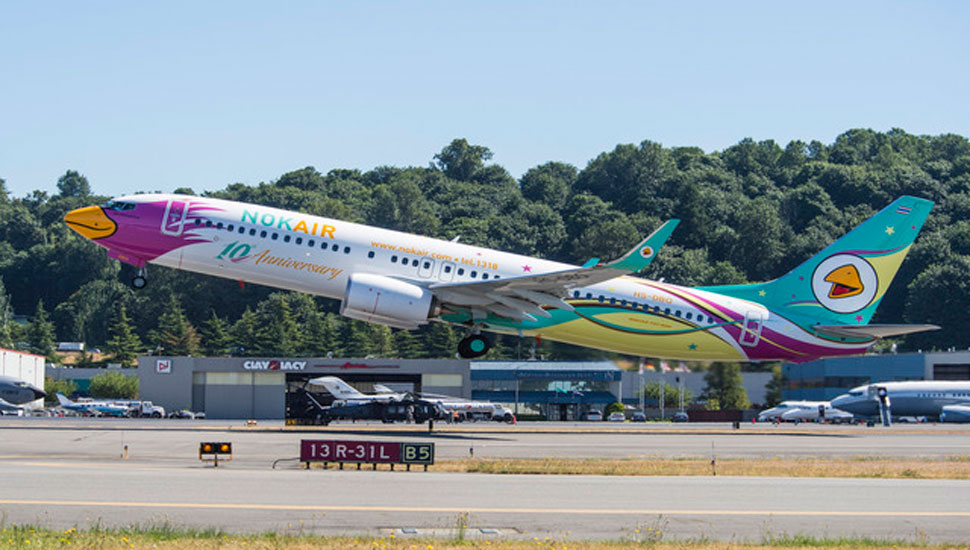 During the three month period, the carrier withdrew its two ATR 72-500s from service, leaving it with a fleet of 23 aircraft. Compared with the previous corresponding period, the fleet reduced by six aircraft, as it was operating four fewer Boeing 737-800s.

Nok says that the fleet reduction was behind the fall in ASKs, and it operated fewer charter flights to China. Its scheduled network was also impacted by intense price competition in the Thai domestic market, which drove average fares down by 11%.

Long-haul affiliate NokScoot also reported a major increase in its net loss for the quarter from Bt37 million to Bt110 million, despite revenue increasing 12% to Bt1.98 billion.

Cash and cash equivalents for the group at 31 March amounted to Bt2.99 billion, down slightly from the Bt3.17 billion at the start of the quarter, largely due to negative outflows from operations, investing and financing activities.