OPINION: Why Japan's X-2 fighter is more than a symbol of pride

The first flight of the Mitsubishi X-2 will go down as a milestone in North Asia’s journey to develop ­advanced combat aircraft.

Although the experimental X-2 will never be an ­operational fighter, it is the most visible part of a broad Japanese industrial effort, fully backed by the government, to ­develop technologies necessary for advanced fighters, such as stealth, thrust vectoring control, sensors and advanced engines. 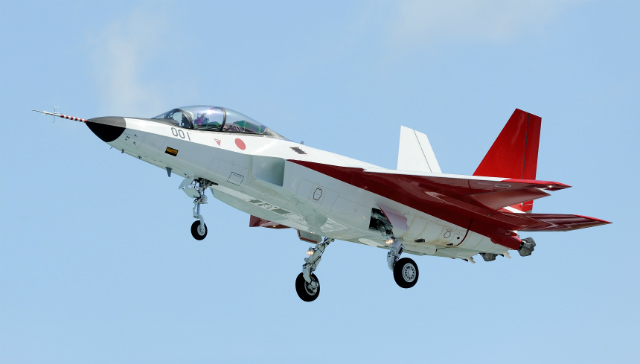 This work will inform Japan’s most ambitious aerospace endeavour: the development of a fighter likely to bear the designation F-3.

Experience suggests the programme will be both challenging and expensive. Japan’s last home-grown fighter, the F-2, was developed with US help. It produced an aircraft resembling the Lockheed Martin F-16 – but with 25% more wing area and at three times the unit cost.

But Tokyo is not alone. Over in China – a rising power it watches with concern, if not alarm – two ­fighter programmes are under way.

The J-20, powered by Russian engines, has been ­flying for nearly six years, and blog sites suggest it could be on the verge of entering service. However, it is unclear whether its low-observable characteristics ­extend much beyond its black paint job.

Observers also question its exact role. Too large for an air superiority fighter, speculation suggests that it could be a long-range interceptor, designed to knock out high-value airborne assets.

Meanwhile, South Korea and 20% partner Indonesia are working on the KFX. This aircraft will be powered by two GE Aviation F414s or Eurojet EJ200s. A failure to secure key US technology export licences in 2015 was a setback, but Seoul remains determined to succeed.

For incumbent manufacturers, it is easy to deride these efforts on the grounds that Japan, China and South Korea suffer notable limitations in technology and integration know-how. “National planes” are seen as little more than vanity programmes.

Nonetheless, it is clear that US, European and ­Russian airframers will find a smaller market for their wares in North Asia in the decades to come.

No foreign fighter, however advanced, stands a chance against national pride.