Air New Zealand is looking to options to replace its eight Boeing 777-200ERs from 2022.

The Star Alliance carrier disclosed that it has started the evaluation in an investor presentation following the release of its results for the six months to the end of December 2017.

While it did not indicate how advanced the evaluation of a replacement for the 777 Classics is, however chief financial officer Jeff McDowall said during the carrier’s earnings call indicated that the airline typically has a two-year lead time between placing an order and taking delivery of aircraft.

Airbus recently showed off its A350-1000 test aircraft in Auckland as part of a global sales campaign for the jet, which is expected to compete against the 777X series to meet the replacement requirement. 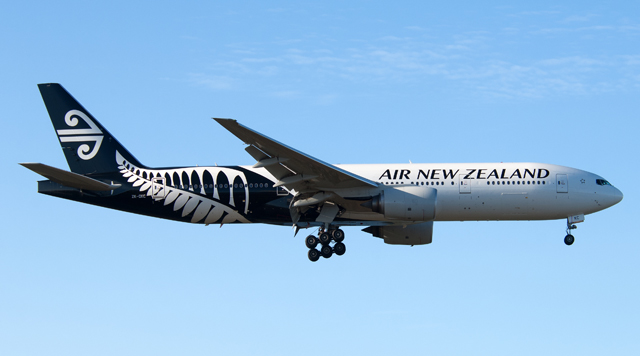 FlightGlobal schedules show that the 777-200ERs serve a variety of routes to the Pacific Islands, Asia, Australia and the Americas. The type was replaced on the Auckland-Houston route by 787-9s in January.

The carrier also disclosed that it is in the “final stages” of confirming a new lease agreement on an additional 787-9 that would be delivered in the 2020 fiscal year. That will take its fleet of the type to 14.

“With the addition of this widebody aircraft, we will have a sufficient number of fleet to deliver on our target of mid-single-digit capacity growth on our longhaul network until we enter into the Boeing 777-200 replacement that will start around 2022,” says McDowall.