The Thai boutique carrier plans to sell the five ATR 72-500s it owns when it completes its turboprop renewal programme with the new ATR 72-600 model.

The incoming 72-seat turboprops will progressively replace the Thai regional carrier's existing fleet of eight ATR 72-500s, of which three are leased.

"We plan to operate a total of nine ATR 72-600s in our fleet. The first unit is additional, while the next eight deliveries will replace the -500s," said Bangkok Airways president Puttipong Prasarttong-Osoth in an interview with Flightglobal.

"We plan to return the leased aircraft upon lease expiry, while we will sell the remaining five units," says Puttipong. 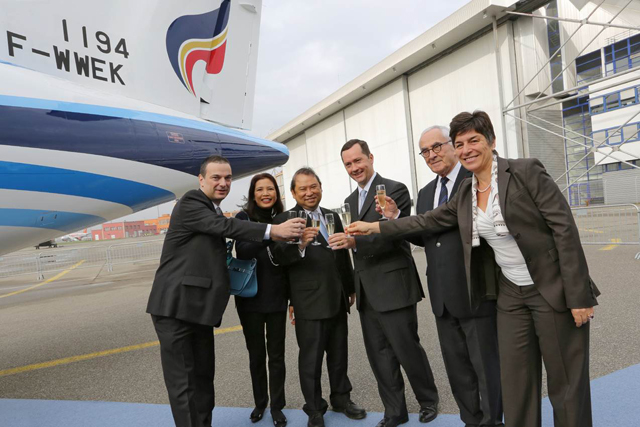 The first ATR 72-600, MSN 1194, will be financed under a 12-year ECA-guaranteed loan fronted by SACE and Coface, jointly arranged by HSBC and French bank Credit Agricole Corporate & Investment Bank.

HSBC is to finance a total of four deliveries, including the first, while Credit Agricole CIB is mandated for the second and fourth examples of the type.